Gizmochina reports that one of the four devices surfaced in the list shared by Mukul Sharma could be powered by Snapdragon 662 or Snapdragon 665 SoC, while another model could be powered by the 5G-enabled Qualcomm Snapdragon 690 SoC. There isn’t much information about these smartphones at the moment but rumours hint that OnePlus will position these smartphones in the budget segment. OnePlus Billie has been spotted earlier with references in Oxygen OS 10.5 released for the OnePlus Nord.

Previously, another smartphone codenamed OnePlus Clover was spotted carrying Qualcomm Snapdragon 460 SoC and 6,000mAh battery. The OnePlus Clover is said to pack 4GB of RAM and feature at least 64GB of storage. 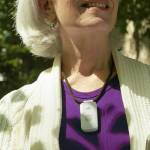 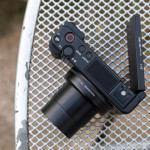 SONY ZV-1 review: The best vlogging camera on the market

Don't miss a deal at Argos
Best offers at The Home Depot
Discounts, Sales and Deals at Virgin Media
Save your money with House of Fraser
Online-Shopping with Ancestry
Best products at TalkTalk Phone and Broadband