When Origin PC first launched its EON17-X gaming laptop back in 2012, it clocked in at twelve pounds and measured over two inches thick — a behemoth by today’s standards, but its specs were otherwise so impressive that die-hard gamers were undeterred. It’s had a few design refreshes since, but now it’s back, (a little) slimmer, lighter and bursting with predictably impressive upgraded specs.

The biggest news is the arrival of a 10th generation Intel Core desktop processor (up to the i9-10900KF). Origin has bundled it into a laptop chassis to provide desktop-like graphics performance, alongside an NVIDIA GeForce RTX 2080 SUPER with Max-P design, and performance that’s designed to let you overclock to your heart’s content.

The rig can support up to 64GB of RAM, with space for up to four DDR4 RAM sticks — more than enough for most gamers but if you’re a RAM hog you might want to hold out for 128GB support, which Origin says is coming soon. There are several display options available, too, all supporting NVIDIA G-SYNC, including the 17.3” 240Hz 1080p display and 17.3” 60Hz UHD 4K display. Connectivity comes in the form of Thunderbolt 3, mini display port and HDMI ports, plus five USB ports, so if you want to add extra screens you’ve got a lot of choice about how you do it. Naturally, there’s a full RGB per key backlit keyboard, too.

Of course, it’s not cheap — it’s all the grunt power of a desktop artfully packed into a laptop, after all — so the EON17-X will set you back at least $2,599, more depending on your desired specs. You can also get your machine UV printing, laser etching or a custom paint job while you’re at it. This gaming beast is available direct from OriginPC.com now, and comes with free lifetime 24/7 US-based phone support. 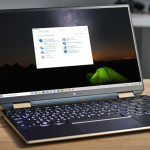 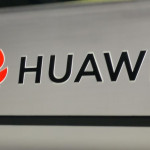 Don't miss a deal at Vodafone UK
Best offers at Mobiles
Discounts, Sales and Deals at Argos
Save your money with Sky
Online-Shopping with Surfdome
Best products at EE Mobile