Home » Phones » Paytm Maha Cashback Carnival to Offer Redmi Phones at Rs. 99, Budget Phones at Re. 1 For a Limited Time
0

Joining in the Diwali festivities, Paytm is hosting its Maha Cashback Carnival currently offering deep cashbacks and discounts. This sale period started on September 29 and will go on till October 6. Now, in a new development, the company has also announced its ‘Cracker Deals’ wherein Redmi phones can be purchased for as low as Rs. 99 and budget phones will be up for grabs for as low as Re. 1. The company says that the Cracker Deals will go live on October 2 i.e., tomorrow, and go till October 6.

These ‘Cracker Deals’ will go live from 6pm IST to 8pm IST on each day from tomorrow till October 6. The price will be reduced to the above mentioned ones through cashback. This means users will have to pay the original price of the phone, and Paytm will then transfer the difference into their Paytm account via cashback. As mentioned, through this deal, Redmi phones will effectively be priced as low as Rs. 99 and budget phones will go down even further to Rupee. 1. Paytm hasn’t detailed which Redmi phones or budget phones will be listed with these heavy cashbacks, and we expect the company to reveal them at 6pm IST every day during the sale period.

Paytm says that bank offers will also be applicable on these smartphone purchases if the cart value is over Rs. 5,000. HDFC is offering 10 percent instant discount on its debit and credit cards, and even on EMI transactions.

The Paytm Maha Cashback sale is offering discounts on phones from Apple, Samsung, Oppo, Vivo, Xiaomi, and more. The company says that it offers up to Rs. 10,000 cashback and up to Rs. 17,000 exchange benefits on its smartphone purchases. To check out all the mobile deals, head to the Paytm Mall dedicated page. 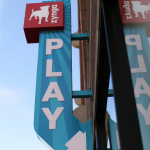 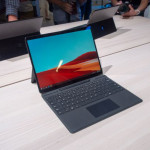 Don't miss a deal at Virgin Media
Best offers at Adobe
Discounts, Sales and Deals at Carphone Warehouse
Save your money with John Lewis
Online-Shopping with Mobiles
Best products at Farfetch