PlayStation 5 owners are reportedly being banned by Sony for selling access to the PS Plus Collection that they got for free, to PlayStation 4 players. The PS Plus Collection includes games like Bloodborne, God of War, Fallout 4, and several more, and PS5 owners were given the collection when they signed in to their console with their PlayStation account. PS4 users are reportedly receiving lifetime bans while PS4 owners are being banned for two months. The banned accounts seem to be mostly from Hong Kong.

Twitter user @zhihuwong posted last week that thousands of PlayStation Network accounts, mostly concentrated in Hong Kong, have been banned for selling access to PS Plus Collection to PS4 owners. The PS Plus Collection is given to PS5 owners for free when they first sign in to PlayStation Network with their PlayStation account with PS Plus subscription. The collection includes Bloodborne, Days Gone, God of War, Infamous Second Son, Until Dawn, The Last of Us Remastered, Uncharted 4: A Thief’s End, Batman: Arkham Knightm Fallout 4, Crash Bandicoot N.Sane Trilogy, and many more.

PS5 owners who got the PS Plus Collection for free were reportedly found selling access to these to PS4 owners by charging them money and giving their account details. According to a report by ScreenRant, a user made more than $133 by charging PS4 owners almost $7 if they wanted to sign in to his account.

PlayStation 5 owners who were caught doing this have received lifetime bans while PS4 owners have received two-month bans, according to the tweet. While Sony has not shared any official information on the same, it is believed that multiple user logins within a single day is what is triggering the bans.

The report by ScreenRant points out that this could be a crackdown on this exploit in preparation of a potential Xbox Game Pass like service where Sony would not want players selling accounts to each other. Or, it could just be an anti-fraud measures set up by the company. 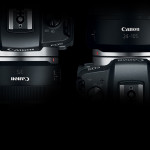 Why Canon is Winning Full-Frame Mirrorless 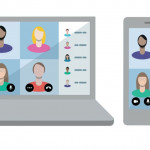 Don't miss a deal at John Lewis
Best offers at EE Mobile
Discounts, Sales and Deals at Mobiles
Save your money with Argos
Online-Shopping with Turbo Tax
Best products at Bodybuilding