Many Xiaomi phone users are outraged over mysterious bans that have restricted them from playing Pokemon Go. The affected users have largely reported on various social media channels that they’re facing account suspensions as well as permanent closures of their accounts on the Pokemon Go game for no valid reason. Developer and publisher Niantic is currently investigating the reports it received from the users. However, Xiaomi is yet to make any formal announcement on the issue. It appears that there are some conflicts between Xiaomi’s latest MIUI build and anti-cheating measures of the game that are resulting in the bans.

“It’s very sad that players have to lose their Pokemon Go accounts because of errors in the system. I’m so disappointed,” one of the affected users posted on Reddit.

The game initially imposes a six-day account strike, though some users report that their accounts have been suspended for 30 days.

Niantic earlier this month acknowledged the receipt of user reports highlighting the bans and mentioned that its systems are flagging them while using Xiaomi’s GameTurbo feature. In a new statement, the company has announced that it is still investigating the issue.

“As an update to our investigation into players using Xiaomi devices, we are continuing to investigate these reports, and revising punishments and Strike counts where appropriate. Thank you for your patience,” the company said in the statement posted on Twitter.

Meanwhile, some of the users who have been banned from Pokemon Go are raising their voices on Twitter using hashtag #NianticStopBanXiaomi.

Xiaomi, on the other hand, hasn’t yet made a public statement pertaining to the issue. However, we’ve reached out to the company to get clarity on the matter and will update this space when we hear back. 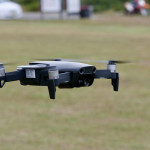 DJI Mavic Mini drone leaks out thanks to FCC filing 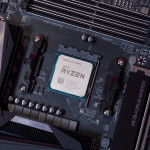 Don't miss a deal at Sky
Best offers at Adobe
Discounts, Sales and Deals at Farfetch
Save your money with Intuit Small Business
Online-Shopping with Go Daddy
Best products at Argos