A year after Deathloop launched as a PS5 timed exclusive, an advert for the game has appeared on the Xbox Series X|S home screen. In the ‘Store’ section of the dashboard, a tile shows a promotional image of the game, overlaid with the text “pre-order now”.

The advert is currently non-functional. The Microsoft Store app briefly appeared when I clicked it, only hanging on a buffer screen. The advert was likely released too early but suggests Deathloop will be coming to Xbox in the near future.

Deathloop was expected to jump onto Xbox consoles by the end of the year. A gameplay trailer released before its launch suggested the game would not be available on other consoles until at least a year after its release – making September 2022 the likeliest period for an Xbox port to appear.

Its move to Xbox Series X|S is also something of an inevitability. Although Deathloop was released as a PS5 exclusive, it was published by Bethesda and developed by Arkane – two Microsoft-owned studios. Sony arranged the game’s PS5 exclusivity before Microsoft had completed its purchase of Bethesda, leaving the Xbox owner to publish a game on its biggest rival’s console.

Deathloop will likely launch on Xbox Game Pass, too. Microsoft has been keen to put first-party titles and Bethesda-published games on the subscription service to shore up its value. With Dishonored 2 and Doom Eternal already on the platform – and Starfield on the way – we suspect Deathloop will soon join them.

The game won’t leave the PS5 behind, though, with Sony only recently adding it to the Extra and Premium tiers of PS Plus. 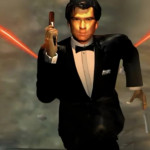 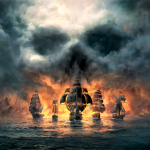 Don't miss a deal at EE Mobile
Best offers at EBay DE
Discounts, Sales and Deals at Intuit Small Business
Save your money with Brian Tracy
Online-Shopping with The Home Depot
Best products at Currys