Quibi’s content library could make its way to Roku

After short-form streaming site Quibi died, there were questions about what would happen to its shows — some of which is quite good. Now, it’s possible that its content catalog may be sold to streaming app and hardware manufacturer Roku, according to a report from the Wall Street Journal.

Roku is well known for its popular devices that can stream services like Netflix or your own content libraries. However, it doesn’t produce or own any content and recently said it has no plans to do so. To that end, the acquisition of Quibi would give it a slate of original programming it could offer buyers as a potential benefit to owning its hardware.

Despite launching with its “quick-bite” service with high-profile stars like Liam Hemsworth, Kevin Hart and Kristen Bell, the $4.99 per month service shut down after just six months. Founded by former Disney chairman Jeffrey Katzenberg and headed by HP’s ex-CEO Meg Whitman, Quibi managed to raise $2 billion before the app launched. There’s no word yet on a potential selling price and the deal could still fall through, according tot he WSJ. 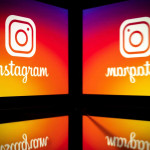 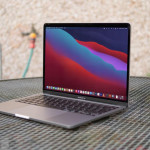 M1 Apple MacBook Pro 13in (2020) review: This laptop will change the world

Don't miss a deal at Argos
Best offers at Brian Tracy
Discounts, Sales and Deals at Turbo Tax
Save your money with Bodybuilding
Online-Shopping with Currys
Best products at Go Daddy