Razer has launched the Razer Blade 15, its most powerful gaming laptop yet. Featuring the latest Intel chips, the Razer Blade 15 appears alongside a whole host of other machines from rival manufacturers, including Asus and others, which will feature the newly announced high-power 10th-generation Intel CPUs.

Despite being just as slim and elegant as the previous generation Razer Blade 15, the new model will be able to Turbo Boost up to an astonishing 5.1GHz thanks to those new Intel chips.

As with the 2019 mode, the 2020 Razer Blade is available in two different flavours: Base and Advanced (the differences between which I’ll get onto below). As for the design, not much has changed. The laptop still has a compact footprint of 355 x 235mm, thanks to narrow, 4.3mm bezels surrounding the display and it’s just as elegantly slim, too, with the more expensive Advanced model measuring a mere 18mm thick and the Base model, 20mm.

Razer has made some alterations to the layout of the RGB backlit keyboard, with a full-size right Shift key being introduced along with changes to the cursor key layout. Also gone is the Mini DisplayPort socket from last year’s model.

Otherwise, as mentioned, it’s pretty much the same and, having used the 2019 Razer Blade 15, I can vouch for the quality of the design. Finished in anodised black with the Razer logo backlit in bright green on the lid it makes for a unique look – both eye-catching and just the right side of garish.

The big updates come within the confines of that slim chassis and to the displays that sit above the keyboard. I’ll address the latter first because there’s some dramatic news here. As before, the Blade 15 will be available with both 1080p and 4K 15in screens but it’s the specifications of these that catch the eye the most.

The 1080p (touch-enabled) display – which covers a quoted 100% of the sRGB colour gamut by the way – runs at an astonishing 300Hz for those seeking the very smoothest of frame rates. Meanwhile, for the customers seeking the sharpest graphics and highest colour fidelity, the Blade will be available with a 15in 144Hz OLED non-touchscreen covering a claimed 100% of the DCI-P3 colour gamut.

It’s no good having such high refresh rate screens if the CPU and graphics components aren’t up to the job of delivering high frame rates, so Razer has upped its game here as well. The Blade 15 will be available with a choice of Intel’s just-announced high power 10th gen Core i7 chips – either the eight-core Core i7-10875H or the six-core Core i7-10750H, both of which can reach an eye-goggling Turbo Boost frequency of 5GHz.

To go with the new Intel chips, Razer is also giving customers a range of Nvidia GPUs to choose from, ranging from the GeForce GTX 1660 in the cheapest Base model, right up to the most powerful GeForce RTX 2070 and 2080 Super GPUs in the Advanced Model. All models come with 16GB of 2933MHz DDR3 RAM, which is user-upgradable to 64GB and storage comes in the form of a 256GB, 512GB or 1TB PCIe SSD.

You might think that other, less significant features would be the same between the Base and Advanced modes but there are a small handful of differences. The Base Razer Blade 15, for instance, has a 65Wh battery where the Advanced has an 80Wh power pack. Also, the Base comes with a non-Windows Hello 720p webcam where the Advanced model gets a fully compatible infrared facial recognition camera.

If Intel’s new silicon proves as fast as the quoted maximum clock speeds suggest, the new Razer Blade 15 – which is already our favourite gaming laptop – will be even better than it was in 2019.

The most exciting developments, however, are those new high refresh rate 1080p and 4K displays. As long as the hardware inside can keep up, Razer could well have another winner on its hands. That 144Hz 4K display, in particular, looks mighty enticing and beats anything else we’ve seen before for specifications.

The 2020 Razer Blade 15 will be available from May 2020 and we can’t wait to get our hands on one. Watch this space for the full review. 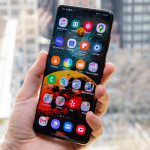 Samsung Galaxy S20 has secret 96Hz mode, but you probably don't want to activate it 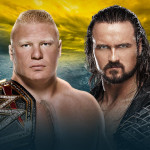 Don't miss a deal at Boohoo
Best offers at Turbo Tax
Discounts, Sales and Deals at Vimeo
Save your money with Groupon
Online-Shopping with Newegg
Best products at Nike DE