Redmi Product Director Wang Teng Thomas, in a reply to Redmi General Manager Lu Weibing’s post on Weibo, said that there is more than one phone coming with the Snapdragon 888 SoC. Weibing’s original post did not share any details about the upcoming series but came with the hashtag ‘K40′, which suggests that Thomas was also talking about a Redmi K40 series phone. Neither of the posts say anything else about the Redmi K40 series.

Last week, Weibing confirmed that the Redmi K40 will be powered by the Snapdragon 888 SoC and that it will release next month. It was also revealed that the phone will start at CNY 2,999 (roughly Rs. 34,000) making it one of the most affordable Snapdragon 888-powered phones.

The Redmi K40 has been in the news for quite some time now and has been the subject of many rumours, leaks, and listings on certification websites. The phone is said to support 33W fast charging. Last month, the Redmi K40 was tipped to feature a hole-punch cut out for the selfie camera instead of a pop-up camera design.

Alleged live images of the Redmi K40 were also recently shared by a tipster on Weibo that showed a front panel with a hole-punch cut out, a quad rear camera setup, and a USB Type-C port alongside a 3.5mm headphone jack at the bottom.

A leak from back in June, 2020 suggested that the Redmi K40 could be powered by the MediaTek Dimensity 1000+ SoC which could still be true for one or more variants in the series.

As of now, Xiaomi has not confirmed the specifications of the Redmi K40, except for its SoC, but details will most likely be shared in the coming weeks as we move closer to the February launch. 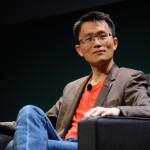 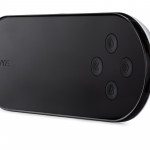 Don't miss a deal at Currys
Best offers at O2 Mobile
Discounts, Sales and Deals at The Home Depot
Save your money with Virgin Media
Online-Shopping with Turbo Tax
Best products at EE Mobile