Reliance has expanded its LYF portfolio with another budget smartphone, LYF Water 5. The smartphone comes with features like VoLTE support, dual-SIM and 13-megapixel rear camera.

Reliance has launched a new smartphone under its LYF series, called the LYF Water 5. The smartphone is priced at Rs 11,699 and is exclusively available via Amazon India. The LYF Water 5 is a dual-SIM smartphone, and supports VoLTE like other devices in the LYF range.

The new launch comes shortly after Reliance has extended its Jio trials to outsiders via an invite system. Reliance employees who have got the trial SIM cards earlier can now refer 10 people to try out the next-gen 4G LTE connectivity. The invite will also allow one to purchase a LYF-branded smartphone, which will come bundled with unlimited voice calls and 4G data for a period of three months

Reliance LYF Water 5 specifications and features: The smartphone has a 5-inch HD display with Dragontrail glass protection. It runs Android 5.1.1 Lollipop out-of-the-box and is powered by Snapdragon 410 quad-core processor along with 2GB of RAM. The smartphone comes with 16GB of built-in storage, and does not support expandable storage.

For photography, the LYF Water 5 sports 13-megapixel rear camera with autofocus and LED flash, and 5-megapixel front facing camera. The connectivity options include dual-SIM standby, 4G LTE, VoLTE, Wi-Fi, Bluetooth and GPS. The smartphone is powered by a 2,920mAh battery.

At this price point, the Reliance LYF Water 5 will compete against the likes of popular budget smartphones like LeEco Le 1s and Xiaomi Redmi Note 3. These two smartphones offer a much better set of specifications and features at roughly the same price. Check out the comparison between LYF Water 5, Le 1s and Lenovo K4 Note in the table below: 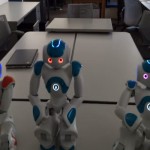 Robot to take national entrance exam in China next year 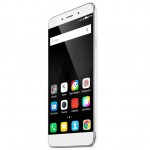 Don't miss a deal at Newegg
Best offers at EBay DE
Discounts, Sales and Deals at Ticketmaster UK
Save your money with Turbo Tax
Online-Shopping with Carphone Warehouse
Best products at Groupon