Robot to take national entrance exam in China next year

A robot being designed in China is set to take national entrance examination next year. The robot will appear in a closed room without anyone else present, except for proctors and a notary.

A robot is being designed to compete with grade 12 students during the college entrance examination in 2017 and get a score qualifying it to enter first-class universities in China. The robot will appear for three exams, math, Chinese language and a comprehensive test of liberal arts, which includes history, politics and geography, said Lin Hui, CEO of an artificial intelligence company in Chengdu.

The company won the bid for the artificial intelligence programme on the robot’s math test from the science and technology ministry in 2015, the China Daily reported on Friday. Like the other examinees, the robot will have to finish the exams during designated periods. Unlike the usual scene that sees 30 students sit in an exam room, the robot will take its exams in a closed room without anyone else present, except for proctors and a notary.

According to Lin, the robot will be linked to a printer before every exam, and the electronic examination paper will be put into the robot’s programme when the examination begins. The robot will be totally disconnected from the internet and will solve the problems with its artificial intelligence programme. Finally the answers will be outputted through the printer.

The robot is reportedly trying to qualify for admission to Peking University and Tsinghua University in 2020, and its counterpart in Japan is eyeing Tokyo University in 2020. The robot is just one example of the boom in artificial intelligence after Google’s AlphaGo beat a world-class player in the ancient board game ‘Go’ in March. 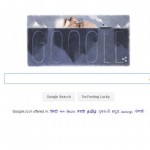 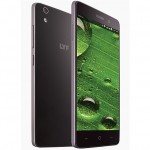 Don't miss a deal at Virgin Media
Best offers at Udemy
Discounts, Sales and Deals at EBay DE
Save your money with Carphone Warehouse
Online-Shopping with Vodafone UK
Best products at Turbo Tax