While the US wants to reduce its dependence on Russian rockets, Russia itself is expecting to help for a while yet. Roscosmos chief Dmitry Rogozin recently ordered the construction of two more Soyuz MS spacecraft, one of which will help NASA deliver astronauts to the International Space Station. The decision follows a letter from NASA director Jim Bridenstine warning of a delay in starting American commercial spacecraft flights. The US may need extra seats in 2020 and 2021, Rogozin said, and this extra spacecraft will help in a pinch.

The other Soyuz vessel would be used for a space tourist flight due in late 2021, although this would help free resources for other missions.

Not surprisingly, Russia used the order as a chance to criticize American planning. The country reportedly warned the US that it should have asked for more seats in advance in case its target of a spring 2020 commercial flight didn’t pan out. It takes “at least” two years for Energia to make a Soyuz spacecraft, Rogozin said.

This isn’t necessarily a sign of serious trouble for the US. SpaceX is still hoping for a Crew Dragon trip in early 2020, and Boeing’s CST-100 Starliner might not be far behind. However, the extra construction suggests there may not be a rapid transition toward all-American launches — the two countries might have to cooperate for a while yet. 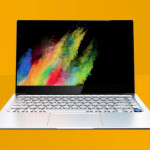 This laptop has a unique, odd-looking keyboard that will divide opinions 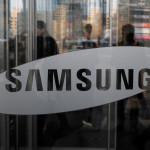 Don't miss a deal at Brian Tracy
Best offers at EBay DE
Discounts, Sales and Deals at Adobe
Save your money with Ancestry
Online-Shopping with Currys
Best products at Microsoft Store