A Saints Row reboot is in the works, though we now have to wait a few extra months before we get our hands on it.

Even though Saints Row is a reboot, it seems like it follows the blueprint of the original game very loosely. The first two games in the series started out as a far more serious and grounded take on gangland warfare, before Saints Row descended into fighting aliens, attacking people with phallic objects and other general absurdities. The new Saints Row looks like a blend of the two.

However, there’s still a while to wait before we get to jump into this highly-anticipated reboot. Initially scheduled to release in February 2022, the game has now been delayed until August.

Want to find out more? Read on for everything we know about the Saints Row reboot so far.

Saints Row was meant to release on February 25, 2022, but developer Volition announced in November 2021 that the reboot had been delayed to allow for extra development time.

“Our priority is to create the best Saints Row game yet and, if we released on the original date, it wouldn’t be up to the standards we’ve set ourselves, and that you’re expecting and deserve,” Jim Boone, Chief Creative Officer of Volition stated in a press release. “The team just need more time to do our vision justice; we’re doing some fine tuning and there won’t be much change in the game outside of overall quality and polish.

“In all honesty, we underestimated the impact COVID would have on our schedule, although everyone adapted very quickly to the working from home arrangement and continued to be incredibly productive.

“However, due to the size and scope of our new Saints Row, it’s become apparent that to create the best game possible, we need to give our team longer to perfect their craft.”

Want to see all the Saints Row reboot trailers in one place? We’re rounding up every trailer for the game so you don’t have to waste your time scouring the internet to find them all.

Saints Row criminal ventures
Learn how you can build your empire in Saints Row. You’ll take your gang from upstarts to running a criminal empire, and you’ll get to choose how you do it. Check out the new trailer below.

Saints Row Districts of Santo Ilesco
Check out the city of Santo Ilesco in the latest Saints Row trailer. You can see some of the districts and territories that the three factions control below.

Saints Row Official Announce Trailer
A beautiful CGI announcement trailer for Saints Row was revealed during Gamescom 2021, showing the types of antics you’ll be getting up to when the game arrives in 2022. Check it out below.

What is Saints Row?

Saints Row started off as a fairly straight bat competitor to Rockstar’s colossal Grand Theft Auto series. Released in 2006, Saints Row was an Xbox 360 exclusive, though the game’s sequel, Saints Row 2, did make its way to PlayStation 3.

Both games were perhaps unfairly labeled as GTA clones, which led to developer Volition ripping up the rulebook for Saints Row: The Third. The move to being as daft as feasibly possible was generally well-received, particularly as there’s a growing number of gamers who miss the days when Grand Theft Auto didn’t take itself so seriously. The decision to let loose at least helped Saints Row carve out its own audience, and avoid further comparisons with Rockstar’s iconic series.

The Saints Row reboot seems to use the original game as a very loose blueprint, and sprinkles over some wacky touches to inject some more fun and vibrancy into the overly serious first game. Expect a lot of crude jokes, unthinkable weaponry and a general tendency to turn things up all the way to 11.

The Saints Row franchise has taken players to the depths of hell, given us superpowers and giant foam heads, but now we know the game will take place in an entirely new city: Santo Ileso (set in the America southwest).

Rather than starting as a kingpin, the Saints Row reboot sees players on the role of custom character “The Boss”, who teams up with three unhappy friends/gang members, Kevin (a DJ), Neenah (a mechanic), and Eli (the entrepreneur), to start their own criminal empire. The Saints, as the gang is known, is formed with the aim of taking control from the Santo Ileso’s currently residing gangs.

Santo Ileso is controlled by three main criminal gangs: Los Panteros (gas monkey fitness fanatics), The Idols (the party gang) and Marshall Defense Industries (a private military corporation). The city itself is broken up into nine districts, which The Saints will aim to gain control of throughout the game, with districts including gambling casino El Dorado and rural town Rancho Providencio.

As you secure districts, you’ll be able to set up criminal businesses (with legitimate fronts, obviously) to help finance your gang. But Saints Row isn’t all about business, you’ll also be able to utilize a selection of weapons and vehicles to make your climb to the top of the criminal ladder as enjoyable as possible. Expect a more comprehensive create-a-character option than what was available before, too, and all-new missions and side quests to complete.

Developer Volition promises that the Saints Row reboot will be the “biggest and best Saints Row playground ever created” and that the world of Santo Ileso is the perfect place for “criminal ventures and blockbuster missions, as you shoot, drive, and wingsuit your way to the top”.

Want to know the latest Saints Row reboot news? You’ve come to the right place. Below, you’ll find all the biggest announcements about the Saints Row reboot that you won’t want to miss, so make sure you check back regularly to stay up to date.

Crossplay co-op
Volition has confirmed that the Saints Row reboot will include “cooperative play across console generations”, meaning that those on PS4 should still be able to play with those on PS5 and vice versa.

“We have little nods here and there to some of our previous mascots and things like that, but it is a brand new story,” Jim Boone, Volition’s COO, told Polygon.

Grounded but outrageous
In the same interview with Polygon, Jeremy Bernstein, Saints Row’s lead mission narrative designer, explained that the Saints Row reboot is more “grounded” than its predecessor, but that doesn’t mean the game will be too straight-laced.

Cars as weapons
The Saints Row reboot takes inspiration from films such as John Wick, Baby Driver and Hobbs & Shaw. This inspiration influenced how vehicular combat is approached in the new game and led to the decision to remove cruise control.

“We did spend a lot of time with a driving model to try to make it as drivable as possible,” Boone told Polygon. “You will still be able to fire out the window like you could in previous games, but we’ve gone a different route in terms of the way the car combat works. You’re using the car more as a weapon in Saints Rowthan you are using your firearms. As a result of that, we didn’t feel like we needed to try to come up with that cruise control mechanic from the past.”

Saints Row reboot website is live
A website for the Saints Row reboot is now live, and shows a brick wall covered in various graffiti. The most prominent piece of spray-can art can be found in the middle of the wall, and says “rebooting”. It doesn’t take a detective to figure out, then, that we’re getting a Saints Row reboot. 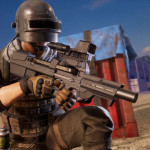 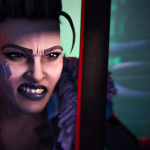 Don't miss a deal at Microsoft Store
Best offers at Bodybuilding
Discounts, Sales and Deals at EE Mobile
Save your money with Virgin Media
Online-Shopping with Argos
Best products at Boohoo