Samsung Galaxy A01 Core is reportedly set to to debut as a watered-down version of the Galaxy A01 that was launched in December. The new phone has been spotted on Google Play console with key specifications. The Galaxy A01 Core has also appeared on the Bluetooth SIG site with a model number SM-A013F_DS. This model number is similar to the SM-A013F that was rumoured to arrive as the Galaxy A01e and surfaced on Geekbench listing earlier this month. The new Samsung phone is likely to be the company’s budget model – an answer to affordable options by contenders including Realme and Xiaomi.

As per the alleged Google Play Console listing shared by tipster Mukul Sharma on Twitter, the Samsung Galaxy A01 Core seems to have an HD+ (720×1,480 pixels) display with 320ppi of pixel density and MediaTek HT6739WW SoC, paired with 1GB of RAM. The phone also appears to run Android 10 out-of-the-box. However, if we look at the given specifications and the name of the new model, it could run Android 10 (Go edition) that is meant specifically for low-cost devices.

Apart from the Google Play Console listing, the Galaxy A01 Core has been listed on the Bluetooth SIG site since Tuesday. The listing shows that the phone carries the model number SM-A013F_DS, which indicates its relation with the Galaxy A01e that came in the news recently. It also highlights that the new Samsung phone has Bluetooth v5.0.

The model number surfaced on the Bluetooth SIG listing has also surfaced on the Wi-Fi Alliance site, as first spotted by Nashville Chatter. The phone appears to have dual-band Wi-Fi 802.11 b/g/n.

Gadgets 360 has reached out to Samsung for clarity on the new model and will update this space as and when the company responds. 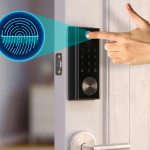 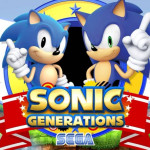 Don't miss a deal at Adobe
Best offers at Ancestry
Discounts, Sales and Deals at Newegg
Save your money with Mobiles
Online-Shopping with Carphone Warehouse
Best products at Virgin Media