Tipster Ishan Agarwal and DroidShout claim that the Samsung Galaxy Note 10 Lite will be powered by the Exynos 9810 SoC. To recall, the Exynos 9810 is the same processor that powered Samsung’s previous-gen flagships like the Galaxy Note 9 and the Galaxy S9 duo. The phone is also tipped to sport a 32-megapixel selfie camera, and the rear camera setup will include a 12-megapixel wide-angle sensor at least. There is no word on the exact number of sensors on the back of the rumoured smartphone.

The phone was spotted on Geekbench recently, and it was listed to run on Android 10 and pack 6GB RAM. As far as performance goes, the phone scored 667 in Geekbench’s single-core test and put up a tally of 2,030 in the multi-core test. Apart from this, nothing else is known about the phone as of yet. A previous report also suggests that the Galaxy Note 10 Lite will be launched in India next month alongside the Galaxy A91. 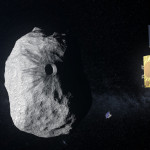 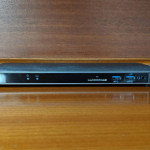 Don't miss a deal at House of Fraser
Best offers at Bodybuilding
Discounts, Sales and Deals at Surfdome
Save your money with O2 Mobile
Online-Shopping with Udemy
Best products at Sephora