Details on the Samsung Galaxy Note 20’s cameras haven’t been leaked as extensively as other parts of the phone, and it turns out there might be a reason for that – disappointment.

A new leak has given us an idea of what the Galaxy Note 20 Plus’ cameras might look like in terms of specs, and a big feature from the Galaxy S20 may have been dropped.

This leak comes from i ice universe, a prolific leaker with a good track record, who posted on Chinese social media platform Weibo detailing the camera specs of the upcoming Samsung Galaxy Note 20 Plus. It’s worth pointing out the ‘base’ model wasn’t detailed, and while we can speculate on how they may compare, we can’t be certain.

According to i ice universe, the Galaxy Note 20 Plus will come with a 108MP main camera, same as the Galaxy S20 Ultra, along with a 12MP ultra-wide and 13MP periscope (for zoomed shots) snapper. This last camera may be a contentious point for some.

The Galaxy S20 phones had high-res zoom cameras, with the base device and S20 Plus using 64MP snappers and the S20 Ultra packing a 48MP zoom camera, so 13MP would be quite the drop in resolution. If you like high-res zoomed shots, you might find the Galaxy Note 20 lacking in this regard.

What’s more, i ice universe states this zoom will only reach 50x digital, and presumably 5x optical. That’s less than the S20 Ultra, which had 10x optical and 100x digital, although it’s worth pointing out the S20 and S20 Plus had 3x optical and 30x digital, so the Note 20 Plus wouldn’t be completely falling behind the early-2020 series.

One other thing the leaks mentions is that, instead of the Time-of-Flight (ToF) sensor all the S20 phones save the base device had, the Note 20 Plus could have a ‘laser focus sensor’ instead.

What about the base Samsung Galaxy Note 20?

We wouldn’t imagine the ‘base’ Samsung Galaxy Note 20 would get the 108MP snapper, since Samsung reserved this for the top-end S20 phone, and there’s no reason to believe it wouldn’t in the Note 20 line too.

In terms of zoom camera, this could be an area Samsung compromises, with perhaps the same resolution sensor but a different lens with less zoom capability, but we wouldn’t be surprised if it used exactly the same periscope lens either.

Finally, we’d expect the laser focus system or ToF sensor to be missing on the basic Samsung Galaxy Note 20 – which would follow the trend of the S10 and S20 series.

These specs are based on the Galaxy Note 10, Galaxy S10 and Galaxy S20 phones, and we’ll have to wait until the Note 20 launch (likely sometime in August or September) to be totally sure. 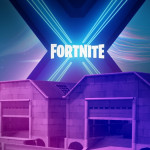 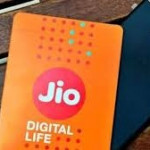 7th investor in 7 weeks: Jio Platforms gets $ 750 million from Adia

Don't miss a deal at Vodafone UK
Best offers at O2 Mobile
Discounts, Sales and Deals at Turbo Tax
Save your money with Carphone Warehouse
Online-Shopping with Udemy
Best products at Surfdome