The video was seemingly made by AT&T and obtained early by Evan Blass (a leaker with a great track record). While we’d always take leaks with a pinch of salt this looks very professionally made, so we’d be extremely surprised if it was fake.

It also mentions a 120Hz refresh rate on the Note 20 Ultra’s screen, but there’s no mention of it for the standard Note 20, suggesting that phone will be stuck at 60Hz.

A Plus for US buyers

Both phones are also said to be powered by the Snapdragon 865 Plus. Saying that, this is a video from a US network, so in other regions there’s a high chance they’ll use the Exynos 990, based on leaks and previous Samsung phones.

Both are also listed as supporting 5G, and the Note 20 is said to have a 4,300mAh battery, while the Samsung Galaxy Note 20 Ultra is listed as having a 4,500mAh one.

Beyond that the video also includes images of the phones, with a single-lens punch-hole camera on the front, minimal bezels, and a large camera block on the back, matching previous leaks.

Indeed, most of the details here had been leaked before, so there’s nothing terribly surprising, but we’re now surer of these details than ever. We should be 100% sure on August 5, and TechRadar will be covering Samsung’s announcements in full, so check back then for all the details. 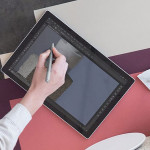 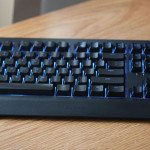 Don't miss a deal at Udemy
Best offers at Surfdome
Discounts, Sales and Deals at Currys
Save your money with Sky
Online-Shopping with Ancestry
Best products at Marks and Spencer