Samsung Galaxy S11 may offer 8K video recording support, if recent code in Samsung’s camera app is anything to go by. Thus far, there have been numerous leaks surrounding the Galaxy S11 lineup – the company’s next iteration of its flagship Galaxy S series. Previous Galaxy S11 camera specification rumours pointed towards a second generation 108-megapixel sensor – and the latest leak corroborates that.

As we mentioned, new code in Samsung Camera app’s APK file suggests that the Samsung Galaxy S11 lineup would support 8K video recording, as per a report by XDA Developers on Sunday. Other details that emerged from the teardown included a mention of a 108-megapixel resolution and a 20:9 aspect ratio display.

The support for 8K video recording was expected as the Samsung Exynos 990 SoC also support 8K@30fps video decoding/encoding capabilities. The anticipated Qualcomm Snapdragon 865 SoC, which can be expected to power the US variants of the Galaxy S11, is also expected to have enough horsepower to offer 8K video recording.

To recall, earlier, tipster Ice Universe had claimed that the Galaxy S11 would not use the 108-megapixel ISOCELL Bright HMX sensor that was launched earlier this year and used in the Mi Note 10/ Mi CC9 Pro. Instead, it was said to use an upgraded second-generation sensor.

As per a recent report, Galaxy S11 would arrive in the third week of February 2020 and the launch event is said to take place in San Francisco. 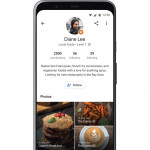 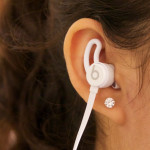 Don't miss a deal at O2 Mobile
Best offers at Brian Tracy
Discounts, Sales and Deals at Vimeo
Save your money with House of Fraser
Online-Shopping with Sephora
Best products at Argos