Home » Phones » Samsung Galaxy S21 and Fold 3 may support S Pen, while the Note might be dead
0

Samsung Galaxy S21 and Fold 3 may support S Pen, while the Note might be dead

We’ve been hearing for a while that the Samsung Galaxy S21 Ultra and Samsung Galaxy Z Fold 3 might support Samsung’s S Pen stylus, and the company has now apparently confirmed as much.

Apparently the Samsung Galaxy Z Fold 3 will be launched in June and will include both an S Pen and a slot to keep it in. The report doesn’t say whether the Samsung Galaxy S21 Ultra will also have an S Pen slot though, and a previous rumor suggested that it might not – with the stylus potentially being sold separately and relying on a case to store it.

One thing the report does say is that the Samsung Galaxy Z Fold 3 will apparently have an under-display camera, which is something else that had previously been rumored. That refers to hiding the front-facing camera lens behind the screen, so it’s invisible and allows for an all-screen design with no notch or punch-hole cut-out.

However, the report notes that while Samsung is apparently planning an under-display camera, it may still be omitted if including it results in a worse screen or camera quality.

There’s a lot here, and while it supposedly comes from a Samsung official we’d still take it with a pinch of salt until we hear it direct from Samsung itself. That said, it’s all somewhat believable and in line with previous rumors.

Is this the end of the Note?

The biggest news here is probably the death of the Samsung Galaxy Note range, and it’s this that we’d be the most skeptical about – despite having heard rumors of it before, as that’s a major product line for the company. However, for a few years now these phones have been rather similar to the Galaxy S range.

At one point the Galaxy Note range stood out both through its S Pen stylus and larger screen sizes, but the Samsung Galaxy S20 Ultra and Samsung Galaxy Note 20 Ultra both have 6.9-inch screens, along with generally similar specs. So the only big difference left is the S Pen.

You could certainly argue that this isn’t reason enough to have a whole different line of phones, and rolling this feature into the Galaxy S range would leave little room for the Note series.

On the other hand, right now there’s only talk of the premium Galaxy S21 Ultra and likely even more expensive Galaxy Z Fold 3 getting an S Pen, which could still leave room for a more affordable stylus option such as the Samsung Galaxy Note 20 and its potential successor. So unless or until the S Pen becomes a standard feature across the Galaxy S range, there’s still some hope for the Note. 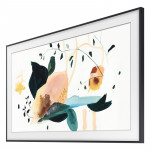 Don't miss a deal at House of Fraser
Best offers at Argos
Discounts, Sales and Deals at Nike DE
Save your money with O2 Mobile
Online-Shopping with Microsoft Store
Best products at Groupon