The Samsung Galaxy S21 range is officially being announced today at 10am EST / 7am PST / 3pm GMT (or Friday, January 15 at 3am AEDT), but ahead of that three massive leaks have emerged, detailing much of what we’re expecting from the phones.

One of these leaks actually comes from Samsung itself, as Samsung Germany accidentally posted a press release for the Samsung Galaxy S21 Ultra early. It didn’t stay up long, but leaker Roland Quandt saved a copy before it was taken down.

From this, we know that the Samsung Galaxy S21 Ultra has a 6.8-inch AMOLED screen, with a variable refresh rate of up to 120Hz. Unlike previous Samsung phones this is said to support 120Hz and a WQHD+ resolution at the same time. It also apparently has a peak brightness of 1,500 nits, which is 25% brighter than the Galaxy S20, and the contrast ratio is also apparently 50% better.

There’s a quad-lens camera listed, with a 108MP main snapper, a 12MP ultra-wide one, and two telephoto lenses, allowing for up to 10x optical zoom. There’s also mention of a Video Snap feature, allowing stills to be extracted from 8K videos, plus the ability to shoot 4K videos from every lens.

As for power, the Samsung Galaxy S21 Ultra is listed as having an Exynos 2100 chipset (though we’d expect the US version will get the Snapdragon 888). There’s also said to be 12GB of RAM paired with either 128GB or 256GB of storage, with the top model having 16GB of RAM and 512GB of storage.

The long-rumored S Pen support is also mentioned here, but it sounds like the stylus will be sold separately, and there’s talk of the battery charging to 50% in 30 minutes.

Price conversions are unlikely to be totally accurate though, as evidenced by a leak from Ishan Agarwal (a leaker with a solid track record), who claims that the Galaxy S21 Ultra will start at £1,149 in the UK, rising to £1,199 for the 256GB model (with no mention of the 512GB version).

They also claim the Samsung Galaxy Buds Pro will cost £219 (around $300 / AU$385), and the Samsung Galaxy SmartTag will be £29 (roughly $40 / AU$50). And while we’ve included price conversions, they say not to – further suggesting that it won’t lead to accurate prices.

While we’d take these price leaks with a pinch of salt, all the stuff from the press release above can more or less be considered confirmed, since it came from Samsung. But we’re not done yet, because another leaker has also shared details of the Galaxy S21 trio.

The source in question is twitter user @We_The_Techies. They’re a leaker we’re not familiar with, so we’d take their claims with a pinch of salt. That said, they have hands-on photos of what certainly looks like the Samsung Galaxy S21 range, with designs matching what we’ve seen before.

Along with the photos they mention that the Galaxy S21 Ultra is very thick, and that the standard Samsung Galaxy S21 has a plastic back. Apparently the Galaxy S21 Plus and Ultra use glass that still feels like plastic though.

Other details include no charging block in the box and no expandable storage, with the Samsung Galaxy S21 Plus apparently having a 4,800mAh battery, while the Galaxy S21 Ultra is said to have a 5,000mAh one.

That’s all for now, but the Samsung Galaxy S21 range will be official very soon. TechRadar will be covering the announcement in full, so check back later for all the details. 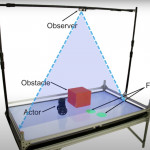 Don't miss a deal at House of Fraser
Best offers at Bodybuilding
Discounts, Sales and Deals at Surfdome
Save your money with The Home Depot
Online-Shopping with Farfetch
Best products at Myprotein