Last week, we reported on a Samsung Galaxy Tab S6 leak that showed a clear indentation along the rear of the tablet, strongly suggesting the inclusion of a magnetic S Pen for the productivity-focused device.

Now, an exclusive new leak from Android Headlines has revealed some very official-looking renders which all but confirms a rear-mounted, magnetic stylus for Samsung’s still-unannounced tablet.

As you can see, the leaked render above shows the Tab S6’s rumored magnetic S Pen, which seemingly snaps onto the tablet directly under a new dual camera setup on the rear of the device – the first to appear on any Samsung tablet.

The design decision is sure to be a divisive one, as the rear-mounted S pen, which is suspected to charge wirelessly and boast Bluetooth functionality, would likely have to be detached each time a user wants to lay the tablet flat on a table – a proposition which has already drawn some very strong reactions around the TechRadar offices with some labelling it “awkward”.

The Samsung Galaxy Tab S6 is expected to be officially unveiled in the coming weeks ahead of the Galaxy Note 10 reveal. You can check out the rest of the leaked renders, which show the device in multiple colors, over on Android Headlines. 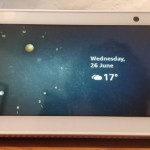 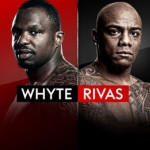 Whyte vs Rivas live stream: how to watch tonight's boxing online from anywhere

Don't miss a deal at Currys
Best offers at Microsoft Store
Discounts, Sales and Deals at Ancestry
Save your money with Groupon
Online-Shopping with EBay DE
Best products at Udemy