The Samsung Gear 360 camera costs KRW 399,300 (roughly Rs. 23,300) and is available from the company website itself. Samsung says the camera will be available across 450 stores in the country by next month. The South Korean tech giant is also bundling a 64GB Samsung Evo Plus microSD card as a part of the limited period offer.

It is worth mentioning that the official price of the Samsung Gear 360 is almost the same as the one we saw when it was listed with a third-party e-commerce website.

The Gear 360 is a 360-degree camera that can allow consumers to create, view, and share their videos and still image content. Samsung at MWC stressed that the Gear 360 was designed for travel, festive gatherings, and other such activities.

The spherical camera features dual fish-eye lenses with 15-megapixel image sensors. These sensors capture high-resolution 360-degree videos (3840×1920 pixels) along with 30-megapixel still images. The device lets you capture 180-degree wide angle video and images with only using one side of the camera lens. It packs Bright Lens F2.0, which Samsung claimed can create high resolution images in low-light conditions as well as allow users to create full panoramic videos. The Gear 360 requires a dedicated mobile app which can be downloaded from the Galaxy Apps store, and Google Play. 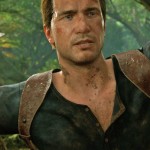 Opinion: Is there life after Uncharted for the PlayStation 4? 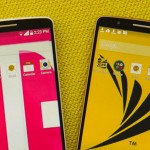 Sheathe your sword, NAD tells Sprint to halt its 50% off ads

Don't miss a deal at Bodybuilding
Best offers at Argos
Discounts, Sales and Deals at The Home Depot
Save your money with H&R Block
Online-Shopping with House of Fraser
Best products at Surfdome