Samsung appears to have finally bowed to gamer pressure after it announced it will be making Xbox Cloud Gaming (Beta) with Xbox Game Pass and Nvidia GeForce Now cloud services available on more of its smart TVs.

Apps for the two leading game streaming platforms had until now only been available on the South Korean brand’s new line up of TVs for 2022, such as the Samsung QN95B which makes our best 4K TVs list.

However, following mounting discontent from owners of older models, Samsung looks to have relented, with the company confirming it will at last be allowing the apps to be installed on a wider line-up of its models before the end of the year. (Via FlatpanelsHD)

It’s not all good news for cloud-based gamers though, with the company only announcing the app roll out for 2021 models, despite older Samsung smart TVs being seemingly well capable of running the apps.

“When Samsung Gaming Hub rolled out earlier this year on 2022 TV models, the number one question we received was ‘when is game streaming coming to my 2021 TV.’ Today we are happy to share with our eager fans that they will be able to play the games they love before the end of this year,” a statement from Mike Lucero, Samsung Electronics’ Head of Product for Gaming said.

The brand also revealed that gaming subscription service Utomik and Amazon’s Luna platform will also be part of the app roll out, with Antstream and Blacknut set to follow next year.

Samsung also announced that it will also be rolling out a big improvement to Nvidia GeForce Now performance on a number of its TVs lines, with the app set to be updated to allow support 4K at 60fps game streaming.

“Rolling out in a few weeks, the offer will enable GeForce NOW players to stream PC games at up to 4K resolution at 60 frames per second natively in 2022 and select 2021 Samsung Smart TVs without waiting for downloads, installs, patches or updates,” Samsung said.

In order to benefit from the improved frame rates and resolutions you’ll need a GeForce Now premium membership which will also give access to RTX ON ray tracing, priority access to Nvidia gaming servers plus extended eight-hour session lengths.

Analysis: Samsung’s cloud app roll-out could have been so much more

In a week where cloud gaming took something of a hit with news that Microsoft had unceremoniously kicked its plans for its low-cost Xbox Keystone streaming console to the kerb, this development from Samsung unquestionably needs to be welcomed by gamers.

It will, nevertheless, come as something of a disappointment for older Samsung smart TV owners who will rightly feel somewhat ignored by the current situation.

It’s also notable that Samsung Gaming Hub, the handy, all-in-one menu which features on 2022 models won’t be part of the update for 2021 TV’s, with users only given access to individual apps, adding to the half-hearted nature of the roll out.

While we understand Samsung not wanting its users to have a degraded experience on TVs that aren’t up to the job of streaming, there are so many TVs from the last few years that promised powerful processors that you’d hope could run the services smoothly, but that currently look unlikely to ever be offered access to the apps.

We’re keen to hear the reasoning for the hold out, but as things stand right now, it’s difficult to know just what Samsung have to gain by continuing to lock out a huge number its users from the built-in game streaming party.

Looking to upgrade to an Xbox and Nvidia cloud gaming compatible TV? Check out our Samsung Black Friday deals – and our Black Friday TV deals guide. 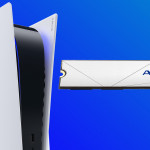 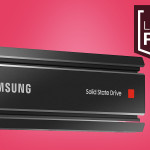 Don't miss a deal at House of Fraser
Best offers at Groupon
Discounts, Sales and Deals at The Home Depot
Save your money with Sephora
Online-Shopping with Marks and Spencer
Best products at Virgin Media