Samsung just took one big leap toward its bendable

Finally, Samsung may be ready to do this

Samsung has been heavily linked with the idea of a fully flexible phone for a few years now with rumors of people seeing prototype devices behind closed doors coming through every once in awhile.

Samsung showed off the new technology at the SID 2016 event in San Francisco. The Galaxy X can be rolled out – similar to how an old fashioned scroll works – but currently doesn’t include a touchscreen layer.

The company didn’t reveal whether it is any closer to adding in the touch control layer to the screen, but that is the big hurdle to tackle before it can feature on a smartphone.

That said, the screen is still high quality with a Full HD resolution on a display the same size as the Galaxy Note 5 at 5.7-inches and is super thin at 0.3mm.

The Samsung Galaxy S6 Edge, S6 Edge+, Note Edge and S7 Edge all use flexible screen technology to get the curved effect on the screen, but the rumored Galaxy X will be the first time we’ll see a fully bendable display.

All the rumors currently point toward the company releasing its first fully flexible phone in 2017.

LG made a flexible phone in the form of the G Flex and G Flex 2, but the company is also at work on a fully bendable display similar to the Galaxy X so it may be a race to the finish to see which company can release the bendy phone first.

No matter which company wins, it’ll be an exciting time for phone fans who just want to roll up their phone and stick it in their pocket. 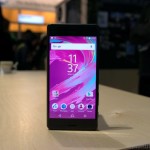 Sony Xperia X review - the Z6 in all but name 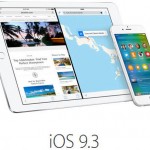 Don't miss a deal at Surfdome
Best offers at Adobe
Discounts, Sales and Deals at H&R Block
Save your money with Brian Tracy
Online-Shopping with O2 Mobile
Best products at Turbo Tax