The T5 is a spectacular piece of storage hardware and an undeniable success from Samsung, but you’ll pay a hefty price for it. Make sure you have compatible hardware to support the SSD’s full levels of performance, of course.

Big things do come in small packages, as the Samsung Portable SSD T5 is proving now.

If you didn’t think that an external storage device cannot be smaller than a high-powered power bank, you’d be wrong. The T5, in fact, is about the size of a stack of credit cards. Indeed, the T5 is now dangerously close in size to far more expensive solid-state storage devices like Kingston’s DataTraveler Ultimate GT USB drive. This means that you can slip it in your shirt pocket and no one would look at it twice.

However, as with many small yet powerful devices, the Samsung Portable SSD T5 comes with a colossal price tag as well. At just over £376 ($510) at Amazon for the 1TB version, it carries a 20% premium on the existing T3. Is this steep rise in price justified? That’s what we’re here to find out.

The good news is, with Black Friday and Cyber Monday deals starting to pop up, you might find this very portable drive at a cheaper price. 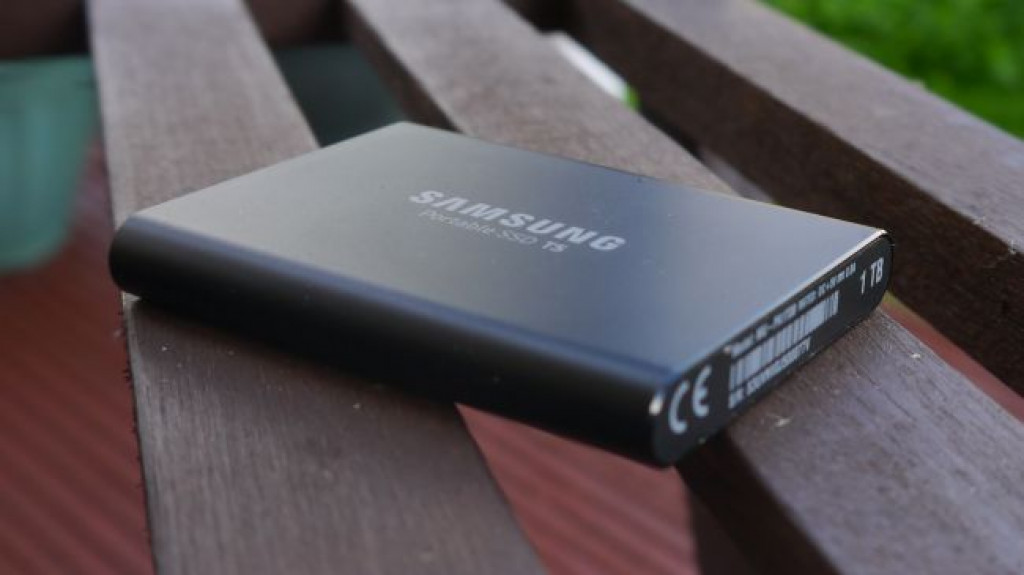 The drive measures 74 x 57 x 10.5mm and weighs only 51g, making it small and light enough to be shoved into even a tight front jeans pocket with ease. It is made entirely of metal (with a swish brushed finish) and except for the big Samsung logo on the front, the power LED and the Type-C connector, there’s nothing of note to comment on. Essentially, it isn’t much different from the T3 except for the fact that it abandons the dual-tone color scheme.

Choosing a metallic chassis ensures that the chips inside are properly cooled and increases the overall sturdiness of the device. 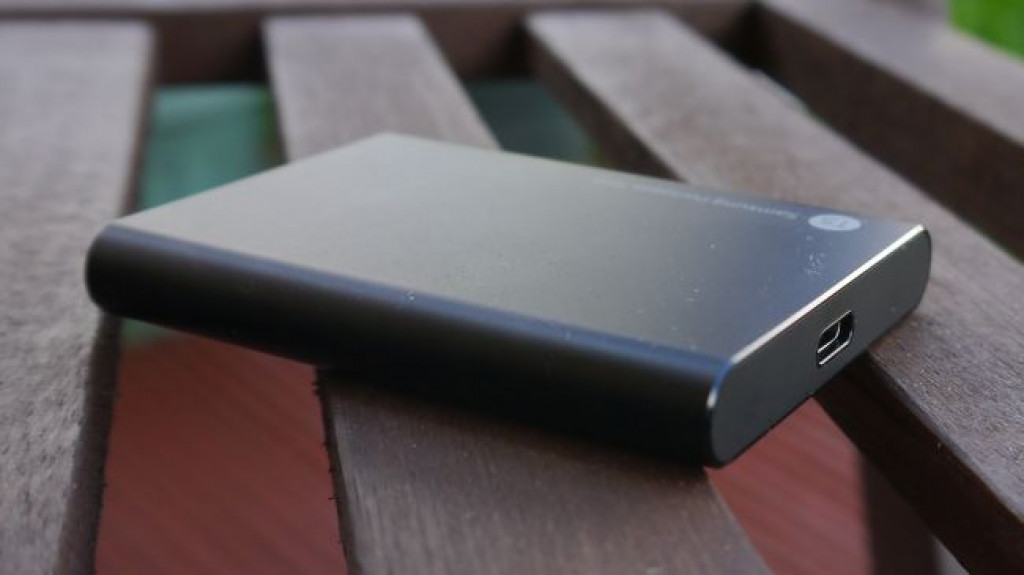 The drive is available in sizes ranging from 250GB to 2TB and comes with an ASMedia mSATA-to-USB bridge controller, rather than one of Samsung’s own.

The big improvement comes from the newer, more advanced 64-layer 3D V-NAND Triple Level Cell flash memory used, as well as the updated firmware and the support for TRIM via the UASP (USB attached SCSI) protocol.

It won’t work on the default exFAT file system and you may want to format the drive to NTFS to improve performance when transferring small files.

In addition, the drive is now officially compatible with Android devices and is pitched as shock-resistant, capable of handling drops of up to 2m (albeit under controlled conditions). 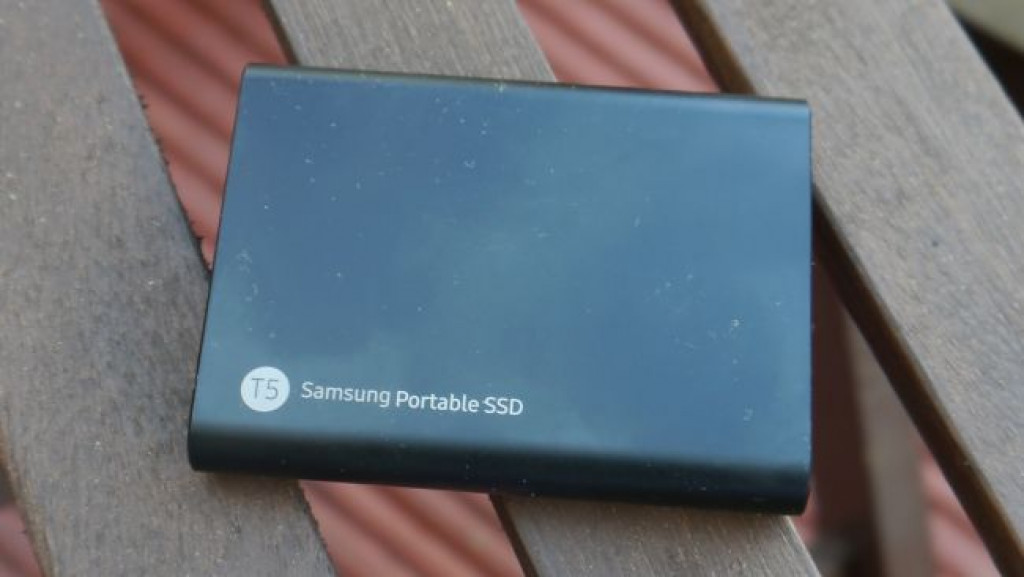 Using a USB Type-C Gen 1 connector (therefore limited to 5Gbps), the T5 drive achieved respectable read/write speeds of 433MBps and 323MBps respectively in CrystalDiskMark, and up to 462Mbps and 323MBps under ATTO. It also managed to transfer a 10GB file using Teracopy in 47 seconds, giving it a real-life transfer rate of just over 212MBps.

Note that you will achieve much higher numbers if you use a compatible USB Type-C Gen 2 connector, up to 540MBps/515MBps respectively in read/write speeds according to Samsung.

You get USB Type-C to Type-C and Type-C to Type-A cables, both about a foot long, plus a 256-bit AES hardware encryption and software suite for Windows, macOS, and Android.

The Samsung T5 is a great all-rounder SSD for those looking to move or carry incredibly large amounts of data. With a fast transfer rate and a three-year warranty, the T5 shows that Samsung is at the top of its game when it comes to NAND technology and producing a quality product.

Controlling the entire supply chain means bigger margins. As for the competition, the Samsung T3 is now far cheaper than the T5 and might be a better choice for those who aren’t too fussed about the performance gain on the T5. Or indeed those who plan to use a drive with devices that don’t have a 10Gbps USB 3.1 Type-C Gen 2 connector.

So if you already have a T3, you can doubtless stick with it for the time being.

The Adata SD700 will appeal to those who want a truly rugged solution that only an IP68-certified storage device will provide. It won’t survive fires, but at least it will live through an accidental coffee spill without much harm.

However, if speed is your priority, then consider the SanDisk Extreme 900, which delivers far higher transfer rates thanks to a combination of a pair of SSDs in RAID 0 configuration. As with any external storage devices, we strongly suggest that you get a backup solution of some sort.

Bear in mind, though, that there is an ongoing flash memory shortage, which means that prices are higher than they were a couple of years ago, and that in turn means that the Samsung T7 (or whatever the next-gen product will be called) will likely be available in the same SKUs but with better performance, an even smaller form factor and added features (maybe RAID or even a dual interface).

Moving forward, Toshiba/Western Digital now have 96-layer 3D NAND chips in their portfolios, with Samsung (and IMFT) likely to follow suit with the production of its 5th generation, 96-layer 3D V-NAND 4-bit per cell QLC technology that can accommodate a whopping 1TB per die. 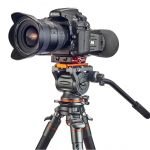 Don't miss a deal at Microsoft Store
Best offers at Nike DE
Discounts, Sales and Deals at Udemy
Save your money with O2 Mobile
Online-Shopping with Mobiles
Best products at Newegg