Samsung reportedly hasn’t given up on the Galaxy Note line

The Galaxy Note line may not be discontinued anytime soon. A Samsung official told Yonhap News on condition of anonymity that the tech giant is preparing to release a new Galaxy Note model next year. Reports that Samsung is killing the product line started coming out earlier this month. Reuters said that instead of launching a new Note, the company will add stylus support to the S21 and its upcoming foldable phones. The Korean tech giant reportedly even redirected the resources it would’ve used for the development of a new Note to the development of a new foldable device.

More recently, Samsung smartphone chief TM Roh confirmed that the company plans to bring some of the Note’s “most well-loved features” to other Galaxy devices. He didn’t talk about the S21 working with the S Pen exactly, but his revelation may have sounded like an indirect confirmation of the Note lineup’s demise to some. The official who talked to Yonhap News said, however, said that “Roh’s message does not mean that the Galaxy Note series will be discontinued.”

While there may be new Note devices arriving in the near future, the official didn’t say whether the lineup will stay or will be retired after next year. According to some reports, though, other Galaxy devices won’t offer the same kind of seamless S Pen integration Note models do. The Galaxy S21 Ultra reportedly won’t come with a slot for the stylus, for instance, while Samsung’s foldable models reportedly won’t even ship with one even if they’ll come with S Pen compatibility. 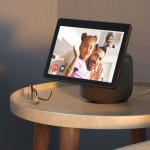 Now you can watch Netflix on your Echo Show 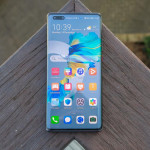 Don't miss a deal at Surfdome
Best offers at Turbo Tax
Discounts, Sales and Deals at Boohoo
Save your money with Brian Tracy
Online-Shopping with H&R Block
Best products at Myprotein