Samsung finally has an 8TB solid-state drive that’s ready for the mainstream. The company has unveiled an 870 QVO range of SSDs that ranges from ‘just’ 1TB through to the flagship 8TB capacity — enough that you may not have to worry about free space for a long time. It’s an SATA drive limited to peak sequential read and write speeds of 560MB/s and 530MB/s respectively, but Samsung is promising a 13 percent boost in random read speeds over the 860 QVO.

And before you ask: it should last a long time before losing its write ability despite the quad-level cell flash memory. The 8TB model is rated for an endurance rating of up to 2,880 terabytes written. You’d have to completely rewrite the drive 360 times before running into trouble, to put it another way. That 360-times endurance applies to lower-capacity models as well.

You’ll have to keep waiting for pricing. The 1TB, 2TB and 4TB models are available today at respective prices of $130, $250 and $500, but the 8TB version doesn’t arrive until August and doesn’t yet have a price. The pricing model suggests it may cost closer to $1,000. That wouldn’t be outlandish for what you’re getting, although it’s definitely not a trivial purchase.

There’s one main issue: the competition isn’t standing still. Sabrent recently introduced an 8TB SSD of its own, and that’s a PCIe drive with much faster transfer speeds. It costs a hefty $1,500, but the premium might not be that much of a deterrent if you can justify an 8TB SSD in the first place. Samsung’s offering is more for that subset of enthusiasts (and certain pros) who can afford a capacious drive but still need to keep their costs vaguely in check. 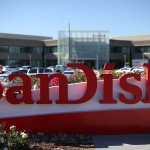 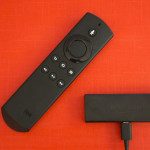 Don't miss a deal at Argos
Best offers at Farfetch
Discounts, Sales and Deals at Groupon
Save your money with Marks and Spencer
Online-Shopping with Brian Tracy
Best products at Argos