Home » Reviews » Shelly Plug US review: A European brand makes a splash in the States
0

Shelly Plug US review: A European brand makes a splash in the States

Shelly is a sub-brand of a Bulgarian company, Alltarco, which recently began making its products available in the U.S. While it initially built its name on more contractor-level wiring components, the Shelly brand has expanded to include consumer-grade gear, including light bulbs, sensors, and this plug-in smart switch. It’s called the Shelly Plug US because it’s the U.S. version of its previous Shelly Plug S, which is designed for European sockets.

Design-wise, the plug offers only minor variations on a well-worn theme. The Wi-Fi device (2.4GHz only) supports a maximum load of 15 amps and wattage limit of 1,650 watts, but with just one three-prong socket located on the front of the device, you probably won’t be able to overload it easily.

The rounded edges of the plug give it a slightly unique look compared to the array of generic rectangles on the market, and it’s compact enough to allow for two of the plugs to be used in a standard, two-outlet receptacle. A manual on/off button can be found on the front of the switch, along with a small LED that indicates power and Wi-Fi status. (The LED can be disabled by the user.) 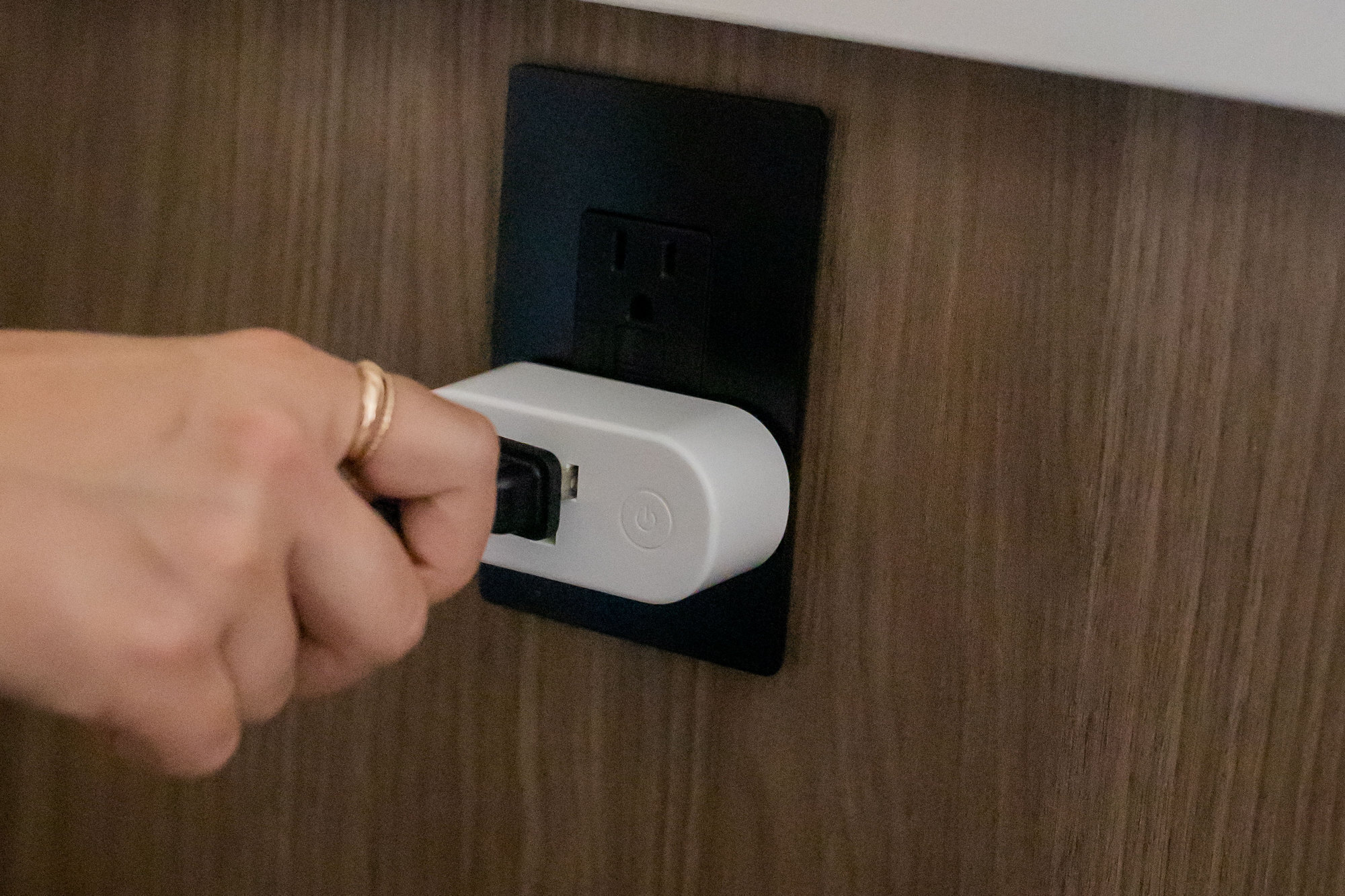 While Shelly is careful to note that it can be managed directly via its own Wi-Fi network and a web browser directed to its IP address, most users will probably prefer to interact via the Shelly Cloud mobile app. The app is decidedly busy, but it’s straightforward enough to walk you through setup without too much hassle, and it does the heavy lifting of changing the Shelly Plug’s temporary Wi-Fi network to yours without much fuss. 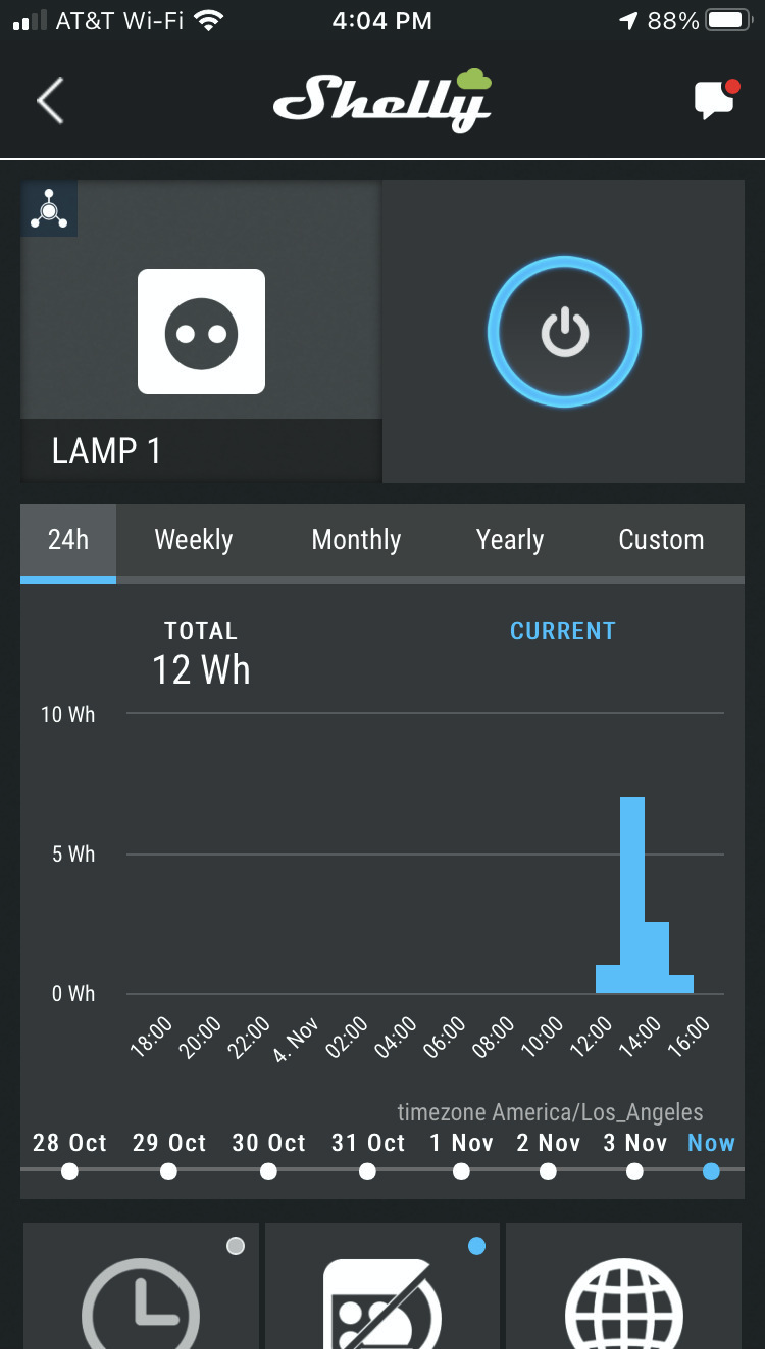 In regular use, however, I found the app to be fairly erratic. The app is slow to load, and is often slow to respond, sometimes taking up to 15 seconds for a command to register, other times responding immediately. If you’re simply trying to turn on a lamp with the app, watching the power icon spin interminably as it waits for the hardware to respond can be incredibly maddening. I ran into numerous similar issues when attempting to change various settings or configure timers, as the plug would randomly report it had lost its connection to the network. As well, it took five tries to get the firmware to update successfully.

That’s too bad, because Shelly has a ton of impressive features, including energy monitoring, automatic on/off timers, a capable scheduling system (including dynamic sunrise/sunset options), and even an option to automatically shut the system down if a specified amount of wattage is surpassed. The system logs all activity within the app, and it boasts wide compatibility with Alexa, Google Home, SmartThings, and Hubitat. IFTTT is technically supported, but some advanced coding is required.

Prices will vary according to the current exchange rate (Euros to U.S. dollars); but as of this writing, the Shelly Plug US was selling for just $11.71 on Shelly’s website. That makes it an exceptional value considering all its features—especially energy monitoring, which is rare to find at this price level. That said, some additional attention to the app interface—if not a wholesale overhaul—is certainly in order, but it’s the disconnections and delays that are most urgently in need of a remedy.

Shelly’s first U.S. plug needs some fine-tuning; but even with its, flaws it’s an attractive option at this price level. 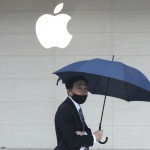 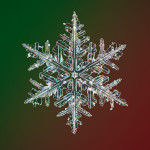 Photographer captures the highest resolution snowflake photos in the world

Don't miss a deal at Turbo Tax
Best offers at TalkTalk Phone and Broadband
Discounts, Sales and Deals at Vodafone UK
Save your money with EBay DE
Online-Shopping with Brian Tracy
Best products at Myprotein