Sick of Zoom? Google Duo now supports video calls for up to 12 people

If you’re looking for an alternative to Zoom and Skype, there’s a new contender to consider: Google Duo now supports video calls for up to 12 people (up from eight), making it a viable choice for bigger meetings.

Zoom is one of the biggest names in video conferencing right now, but it’s not without its problems, including the privacy of its invite system (which allows anyone with the link to join a call), and the fact that until recently, its iOS app shared data with Facebook even if you didn’t have an account

The change comes into effect immediately, and you don’t need to update the Google Duo app to start making bigger video calls.

As Engadget explains, group video calling is a relatively new feature for Duo. The app only supported two-way calls when it launched in 2016, and support for up to eight participants was only added last year.

Duo’s latest update still leaves it some way behind Zoom, Skype, FaceTime and Google Hangouts, which all support well over 30 callers, but there are other reasons you might pick it over the competition.

Unlike Hangouts, Duo doesn’t require a paid subscription for multi-way calls, and there’s no time limit on meetings. FaceTime requires all participants to use an Apple device, whereas Duo works on both iOS and Android, and because it’s not as well known, there’s likely to be less demand in its servers right now, which could lead to more stable calls. 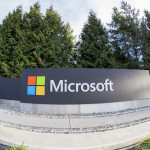 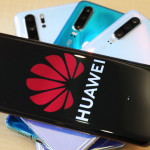 Don't miss a deal at Virgin Media
Best offers at Vimeo
Discounts, Sales and Deals at The Home Depot
Save your money with Bodybuilding
Online-Shopping with Marks and Spencer
Best products at Newegg