Sony has announced the price and expected availability date in the United States for its newest flagship smartphone, the Xperia 1 II (pronounced ‘mark two’).

Announced back in February, the Xperia 1 II is packed full of pro-level photo features, including a triple-camera array, a Sony BIONZ X image processor, Zeiss-branded lenses, continuous shooting up to 20fps and even Sony’s animal and human Eye AF feature. Sony followed up the announcement with an in-depth breakdown explaining the details of the impressive collection of camera tech inside the flagship device.

This new information from Sony is to confirm that pre-orders will start on June 1 with the first units set to ship on July 24. The Xperia 1 II will retail for $1,200 and all pre-orders made before June 28 will receive a free pair of Sony WF-1000XM3 wireless noise-cancelling earbuds as an added bonus. 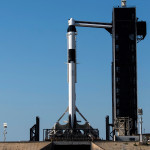 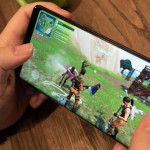 Fortnite Mobile just beat Xbox and PS4 to a 90Hz mode, but only on these phones

Don't miss a deal at Microsoft Store
Best offers at Bodybuilding
Discounts, Sales and Deals at Ticketmaster UK
Save your money with Newegg
Online-Shopping with Surfdome
Best products at Adobe