WhatHiFi first reported on a Reddit post referencing a supposedly “official” leak on 4Chan, claiming that Sony would host a major reveal on September 9, 2020.

However, we learned via Gamesradar that Sony has no such plans. Instead, they will announce “upcoming games coming to PlayStation VR” throughout the week, as well as detail new developments for previously announced titles. They also announced a sale on most of the top PSVR games.

Reddit has labelled the original post as false, and it is clear that Sony has no plans for a sudden surprise bait-and-switch. We’ll have to wait longer for any official PS5 news.

Another false prediction among many

Rumors about the PS5’s price or release date are a dime a dozen, and we’ve seen plenty of “credible” rumors turn out to be bunk. It’s unsurprising that this 4Chan rumor followed in their footsteps.

One Twitter rumor suggested that PS5 pre-orders would absolutely open in March. That obviously didn’t happen. Meanwhile, we’ve reported on several instances of leaked PS5 prices, including on Amazon and a French retailer that all turned out to be fakes.

In hindsight, it was very unlikely that Sony, a Japanese company, would consider such a US-centric landmark important enough for a global reveal of information it has kept hidden for months.

What do we actually know about the PS5’s price and pre-orders? For a start, pre-orders are expected to be very limited, so you may want to stay by your computer on Wednesday in case Sony does pull off a surprise reveal. On the other hand, Sony hopes you won’t need a pre-order to buy a PS5 at launch, so don’t fret if initial pre-orders sell out fast.

Sony says it will “emphasize value as opposed to price” when deciding the official cost, and will sell the digital-only console at a lower list price than the disc version.

Ultimately, if the latest release date rumor that the PS5 will launch after the Xbox Series X in mid-November is true, Sony will need to finally give us official launch details fairly soon. 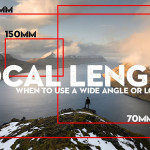 Video: How to choose your focal length for landscape photography 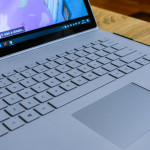 Don't miss a deal at Carphone Warehouse
Best offers at O2 Mobile
Discounts, Sales and Deals at Intuit Small Business
Save your money with Farfetch
Online-Shopping with Mobiles
Best products at The Home Depot