The Sony Xperia 1 was announced back in February but has become available to buy in the shops only this week. It’s Sony’s first triple-camera phone and comes with a range of enticing imaging features, including a 21:9 OLED display with 4K resolution, 4K HDR video as well as ultra-wide and tele-cameras.

In order to highlight the camera’s video capabilities Sony has now released several promotional videos, explaining some of the more advanced new features.

Cinema Pro is a set of features aimed at mobile videographers. Users can choose from a range of color presets and footage can be recorded at a cine-compatible 24 frames per second and 21:9 aspect ratio. You can also shoot with any of three lenses and select manual shutter speeds.

Optical Steady Shot is another highlighted video feature. It combines electronic and optical image stabilization for smooth and shake-free footage. The results in the sample clip below look pretty impressive but we have seen similar results on other high-end devices. That said, Sony claims the Xperia 1 comes closest to ‘cinema-grade’ results. 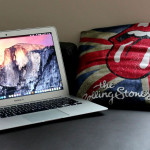 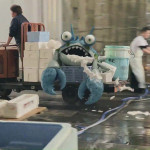 Don't miss a deal at TalkTalk Phone and Broadband
Best offers at Mobiles
Discounts, Sales and Deals at Ancestry
Save your money with Vimeo
Online-Shopping with Turbo Tax
Best products at Brian Tracy