As a portable Bluetooth speaker with a ruggedized frame and powerful drivers, the Sony XB32 does the job of being a versatile playback option for indoor and outdoor situations. The LED lights, Party Booster and app settings are like cherries on top to stand out from competitors. If you got two of these to stereo pair them, we think you’d have a good piece of kit.

If there’s one category that has suffered from over-commoditization, it’s Bluetooth speakers. There are so many available that many are nearly identical and most features that used to be novel barely feel exclusive anymore.

But that’s not the case for Sony XB32. It may not be reinventing the wheel by adding some extra oomph to the low-end and tacking on a neat LED light show, but those features do help it stand out in an increasingly crowded field.

Even better, while this speaker was made for the pool and beach crowd, it sounds good enough to play tunes anywhere you find convenient.

Weighing about 2 pounds (0.9 kg), the SRS-XB32 has some weight and heft to it. It’s not the kind of speaker that you can slip into a pocket, but it’s light enough to throw into a bag and go anywhere from there.

Better, however, is that, with an IP67 rating, it’s close to being officially waterproof, where it can handle being submerged down to a metre of water (clear water, mind you, no salt for this thing). Rain, water splashes and the occasional rinsing won’t silence it, either. That’s not new to this line, but it reinforces the idea that this speaker is right at home outdoors.

Not only is it relatively durable, but the built-in LEDs create a light show of sorts during playback, though we never noticed any set pattern or corresponding activity to go with whatever we played. (The lights aren’t “smart” in that they respond to the audio, pulsating to the beat. They just light up when powering on and change colour or pattern on their own.) 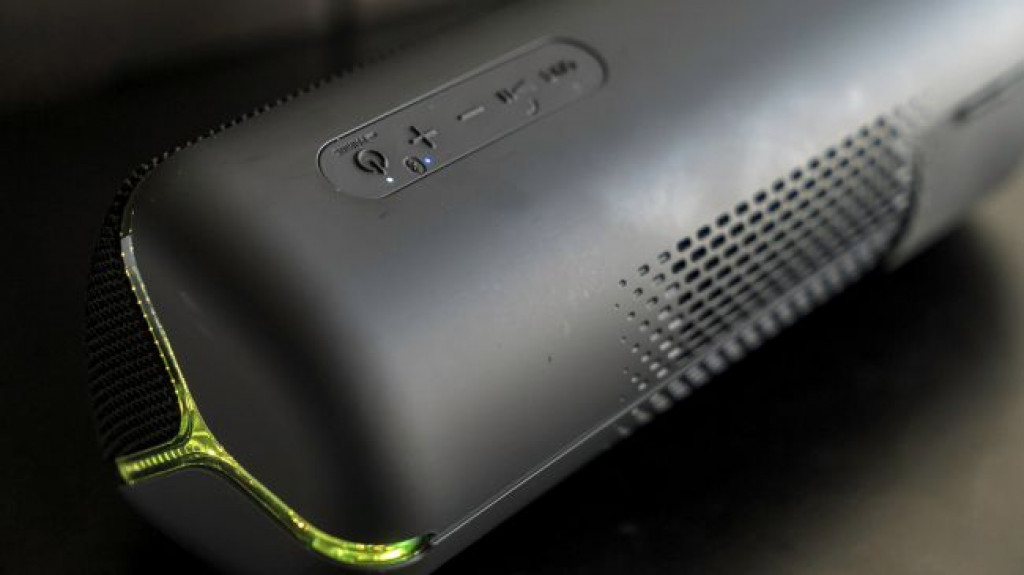 The rubberized frame includes four distinct legs underneath, plus an array of buttons at the top — all in keeping with the XB line’s traditional layout. Those include play/pause, volume up and down, power and a distinct one called Live, the latter one is essentially the speaker’s bass boost function.

There are more connections on the back, including microUSB for charging the speaker, USB for charging other devices and Aux-In. Plus, Sony put in dedicated buttons for turning off the lights, adding other XB32 speakers via WPC or adding one to create a left and right stereo pairing via the Add button. 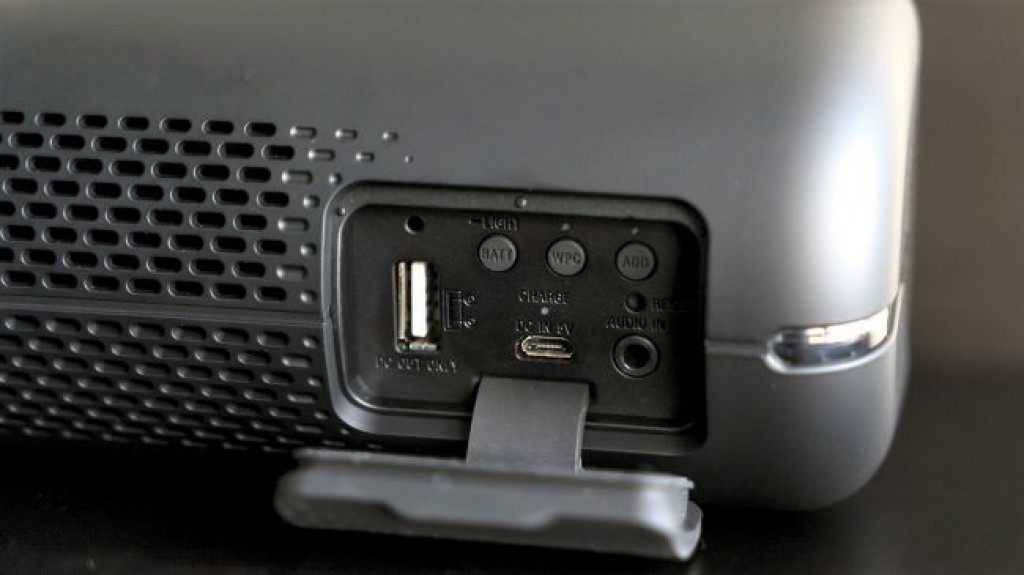 One feature worth mentioning is the free Sony Music app for iOS and Android complements the speaker with additional features and controls. It’s not the prettiest of layouts, but its simplicity and ease of use is easy to appreciate.

It includes an EQ to adjust sound manually, as well as a few different preset options. We also played around with the light modes, of which there were at least a dozen to choose from. The whole suite of features isn’t especially deep, but we think it’s worth downloading to get more out of the speaker.

One of the odder things you can do is what’s called Party Booster. When on, tapping five different parts of the speaker triggers sound effects meant to add some hype to the music playing from it. We gave it a shot, but feel it’s an acquired taste. 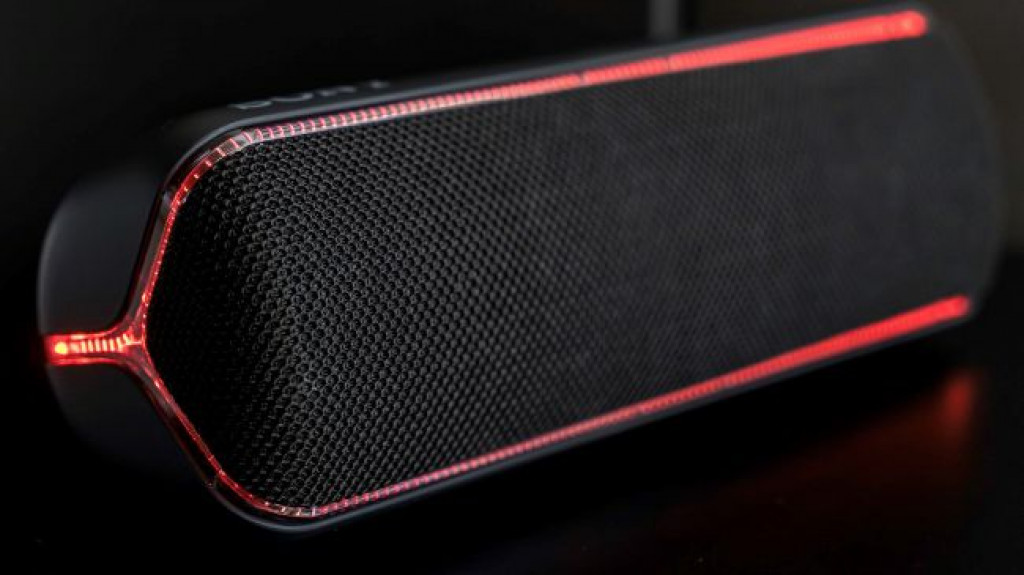 Like many speakers in its class, the XB32 is every bit bass-focused. The sound signature, regardless of mode, always defers to that side of the audio spectrum. That includes some of the additional tech Sony put in, like the digital signal processor (DSP), for instance.

When we played Between the Sheets by the Isley Brothers, the bass was thick, though we were pleasantly surprised at how full the mids sounded. Often times, single speakers at this size struggle to maintain some balance, but the XB32 came off well on its default sound signature.

Songs like Fuel’s Leave the Memories Alone and Aerosmith’s Walk This Way still managed to push bass out, yet not in an overpowering way. Highs and mids were relatively warm on both (and similar) tracks, letting us enjoy music from different genres without having to tinker with the EQ all the time. Unsurprisingly, the XB32 doesn’t showcase a great deal of depth across the spectrum, so while music sounded good, instrument and vocal clarity was commensurate with volume. 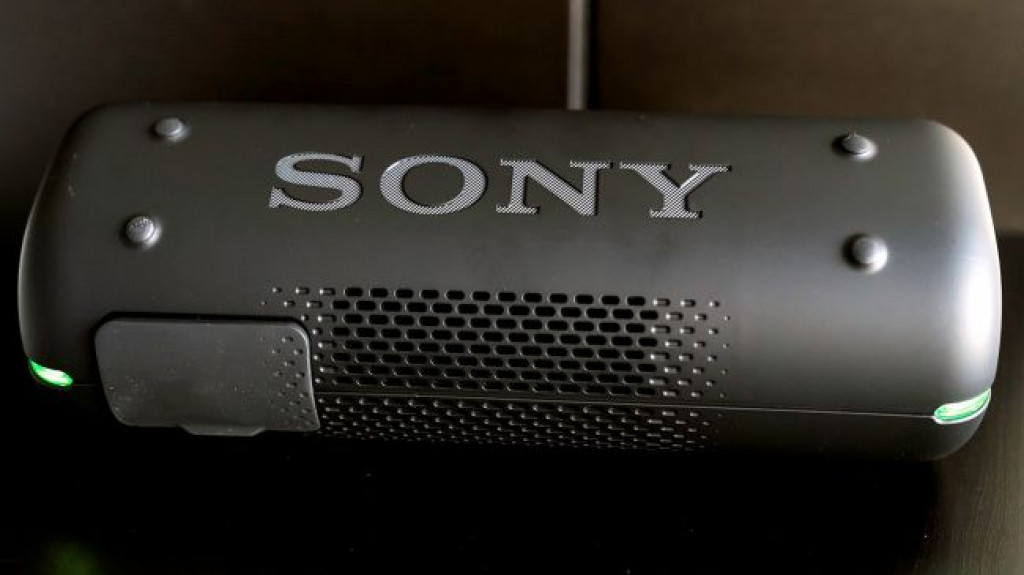 Sony says the DSP is there to not only amplify performance, but also keep the speaker from proverbially falling off an audio cliff. Like any speaker, the XB32 has a tipping point for distortion, except getting to it isn’t always obvious. For example, on a bass-heavy track like Miguel’s Adorn, the sub-bass started to crackle a little at first, only to almost self-correct afterward. That was the DSP at work. Distortion can still set in, but we found we had to go higher on volume to get there.

That’s pretty ideal for playing music outside, especially by the pool or beach where it may already be loud. What we weren’t as impressed with was the built-in mic for phone calls or voice assistants. Recording ourselves was easy enough, but callers never felt like we sounded clear and playing back voice recordings proved the mic lacked some clarity. Sony certainly isn’t alone in crafting mediocre Bluetooth speaker mics, but we did hope for better.

As far as battery life goes, Sony claims the XB32 can go up to 24 hours, but we never really hit that number in our tests. The only way we got close was to turn off the LEDs, keep volume at about 50%, and play audio through Aux-In rather than Bluetooth. Not exactly realistic settings for daily playback.

With mixed usage habits, we were getting about 15 hours per charge, which isn’t too bad in the grander scheme.

It was hard not to like the XB32 for what it is. As a portable Bluetooth speaker with a ruggedized frame and powerful drivers, it does the job of being a versatile playback option for indoor and outdoor situations. The LED lights, Party Booster and app settings are like cherries on top to stand out from competitors. If you got two of these to stereo pair them, we think you’d have a good piece of kit.

There is no shortage of competitors in this space, so finding good speakers at this size isn’t as hard as it once was. And if lights are your thing, the JBL Pulse 3 is even more conspicuous that way. You do get some color options with the XB32, so if black isn’t your style, consider the blue or gray ones instead. 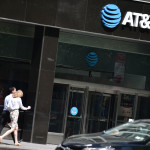 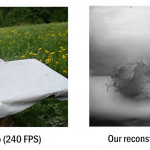 Don't miss a deal at Bodybuilding
Best offers at EE Mobile
Discounts, Sales and Deals at Myprotein
Save your money with Currys
Online-Shopping with The Home Depot
Best products at Nike DE