Sony fans have been clamoring for the brand to put out more ‘compact’ or smaller phones, and evidence is mounting that it will do just that with the Sony Xperia 1 III.

According to Japanese site Android Next, Sony is working on a new phone with a 5.5-inch screen to be released in the first half of 2021. The site continues that the phone will have the Qualcomm Snapdragon 775 chipset (an anticipated mid-range processor), and could actually be a compact version of an existing phone from the company, not a new one, though the site sounds uncertain on that.

This rumor corroborates an earlier one which suggested the Sony Xperia 1 III could come alongside a Compact and Premium sibling – presumably a ‘Lite’ and ‘Plus’ model by another name.

We’re expecting the Sony Xperia 1 III to be launched around February 2021, so the timings line up, although the compact phone’s launch window seems pretty wide, so could come later.

The extra information provided throws up red flags though. Firstly, that chipset (which hasn’t been announced yet) seems likely to be a mid-ranged one, based on the 700-series name, while most Sony flagships have used premium processors. If this leak is correct, perhaps this Compact phone could represent a specs decrease from its siblings.

Secondly, Android Next doesn’t seem certain whether this is a Sony Xperia 1 III Compact, or possibly a smaller version of a 2020 flagship like the Xperia 1 II or Xperia 5 II. If the latter, it’s still big news but less of an indication of Sony’s commitment to new compact handsets than if the company was putting out a smaller version of its newest flagship.

We’ll find out early next year – hopefully, at least – what Sony plans to do with regards to compact phones. We’ve heard enough rumors about an Xperia 1 III Compact to say with certainty people are anticipating it, despite the lack of clear evidence it’s actually coming. 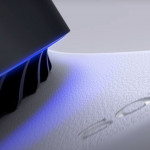 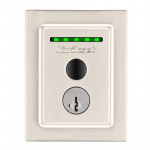 Don't miss a deal at Vodafone UK
Best offers at Farfetch
Discounts, Sales and Deals at Bodybuilding
Save your money with GoCompare
Online-Shopping with Currys
Best products at EE Mobile