Sony has announced what it claims to be the world’s smallest compact camera with a 30x optical zoom.

The new pocket-sized Sony HX80 point-and-shoot is a follow up to 2015’s Sony HX90 snapper, which was previously the smallest of its kind.

The fixed-lens HX80 is again reminiscent of Sony’s RX100 series and offers an 18.2-megapixel sensor with 5-axis image stabilisation.

Beyond the 3-inch LCD screen, which tilts 180 degrees, there’s also a pop-up electronic viewfinder and flash. As well as the impressive 30x optical zoom feature, the HX80 is also capable of 60x digital zoom.

It’s also Wi-Fi and NFC enabled, making it easier to transfer photos and videos to the Sony PlayMemories camera apps for iOS and Android.

The camera will go on sale in April for $350/£319. Other details, such as the dimensions, are yet to be confirmed by Sony. All we know is, it’s smaller than the HX90.

The company’s predecessor, the HX90 earned a respectable 7/10 score from TrustedReviews, which identified it as ‘the ideal travelling companion.’

It gained points for its fair image quality in a lightweight package, but was marked down for its poor performance in low-light conditions. 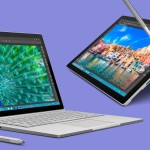 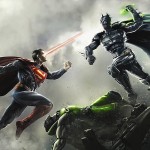 Don't miss a deal at EBay DE
Best offers at Ancestry
Discounts, Sales and Deals at Vimeo
Save your money with Bodybuilding
Online-Shopping with Marks and Spencer
Best products at Udemy