Home » News » Tesla’s next Gigafactory is being built in Austin, Texas
0

Tesla’s next Gigafactory is being built in Austin, Texas

Both Tesla and its CEO, Elon Musk, had plenty to crow about during Wednesday’s Q2 2020 earnings call.

The company has reported its fourth straight quarter of profitability with a GAAP net income of $104 million, which qualifies it to be listed on the S&P 500 market index alongside the likes of 3M, Alphabet, Ford and other marquee businesses. What’s more, as Bloomberg notes, Tesla’s average trailing market value over the past two quarters rose sits above $150 billion, meaning Musk is now free to cash in an additional 1.69 million stock options valued at $2.1 billion, though he’ll have to wait five years to actually do so.

Tesla had to make some pretty severe cuts to preserve its earnings in Q2, given the widespread effects of the COVID-19 pandemic. While Tesla’s North American factories were shuttered, the company furloughed thousands of workers and cut salaries by up to 30 percent, suspended contract assignments and even delayed performance reviews so that it wouldn’t have to pay out bonuses or pay increases to deserving employees until the end of July. That turned out to be a pretty raw deal for many Tesla workers, who were forced to return to the job before shelter-in-place orders were lifted, but hey, it made Musk significantly richer.

Despite the factory shutdowns in the first half of the year, Tesla says that its Fremont factory is already back at capacity, and plans to pump out 90,000 Model S and Xs this year as well as “increase total Model 3 / Model Y capacity from 400,000 to 500,000 units per year,” according to the company’s earnings statement. For it’s part, the Shanghai factory is slated to produce another 200,000 model 3s as well. Work is still underway on the company’s Berlin factory, as well as two additional US-based factories.

“We’re very excited to announce that we’re going to be building our next Gigafactory in Texas,” Musk said during the earnings call, stating that the facility will be located about 15 minutes outside of Austin, “right on the Colorado River.”

“We’re gonna have a boardwalk where there will be a hiking, biking trail,” he continued. “It’s gonna basically be an ecological paradise — birds in the trees, butterflies, fish in the stream. And it’ll be open to the public as well.”

The Austin factory is expected to produce the company’s upcoming Cyber Truck, the Tesla semi, and Model 3/Y for the Eastern half of North America, while the California factory will soon pick up production on the Tesla Roadster, Musk explained. 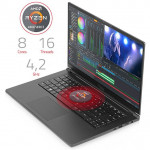 This is probably the most exciting Linux laptops of 2020 and yes, it's AMD-powered 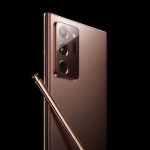 Don't miss a deal at H&R Block
Best offers at Sky
Discounts, Sales and Deals at Ticketmaster UK
Save your money with Currys
Online-Shopping with Argos
Best products at Boohoo