Home » Phones » The iPhone 12 Pro could look like a mini iPad Pro, and the HomePod 2 could be tiny
0

The iPhone 12 Pro could look like a mini iPad Pro, and the HomePod 2 could be tiny

One thing we’ve heard a lot is that the iPhone 12 range might have a different design to the iPhone 11 phones, but rather than a completely new look it seems that Apple could be taking inspiration from its iPad Pro tablets.

This would amount to a design that’s inspired both by the iPad Pro and the iPhone 5, and it’s something that we’ve broadly heard before.

The sources additionally claim that there will be at least four iPhone 12 models, with the two lower end ones possibly not having this design. They add that the range might be delayed by up to a few weeks due to disruption caused by Covid-19.

The iPhone 12 Pro Max is said to have a slightly larger screen than the 6.5-inch iPhone 11 Pro Max, and these four upcoming iPhones are apparently likely to have a smaller notch than their predecessors, as well as significant processor upgrades focused on speeding up artificial intelligence and augmented reality tasks.

These are mostly details that we’ve heard before from other sources, so there’s a good chance they’re accurate – but as ever with rumors we’d still take them with a pinch of salt until Apple makes everything official.

It’s not just the iPhone 12 that Bloomberg’s sources have information on though: they also claim that a smaller, cheaper HomePod could land in the second half of this year with a similar design to the original HomePod, but coming in at about half the size. Apple is also said to be working on widening the support for third-party music streaming services.

And the long-rumored Apple AirTag (or Apple Tag as it’s called here) gets a mention too. The device is said to work similarly to the Tile trackers, letting you attach it to valuables as a way to keep track of them.

Apple’s AirTag is also said to be coming this year, and will apparently be bundled with an Apple-designed leather sleeve and a keychain to attach it to objects.

This again is broadly in line with what we’ve heard before, as is the existence of a HomePod 2 or a HomePod Mini. If it all comes out this year as has been rumored, then it seems Covid-19 might not have caused too much disruption to Apple after all. 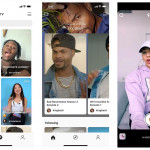 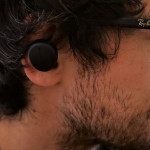 Don't miss a deal at GoCompare
Best offers at Surfdome
Discounts, Sales and Deals at Ancestry
Save your money with The Home Depot
Online-Shopping with Nike DE
Best products at Carphone Warehouse