The iPhone SE2 will be here in a matter of months

Can you believe it’s been nearly four years since the brilliant little iPhone SE launched? ‘Little’ being the operative word – the SE took the iPhone back to the days when phones fit in the hand without compromising it’s innards, and it sold like hotcakes. Yet a follow up has yet to be seen – until now, possibly.

German website iphone-ticker.de claims sources at Apple have revealed that the company is planning an event on Tuesday 31 March where the iPhone SE2 – or possibly just “iPhone 9” as that’s a gap that currently exists – will be officially unveiled. The plan would be for the phone to then go on sale the following week, on Friday 3 April.

For the record, the last iPhone SE was also unveiled in March, so that’s a pretty good omen, even if one handset doesn’t exactly make a trend. But it makes a kind of sense, too: Apple doesn’t want to overshadow the November release of its more expensive phones with a cheaper model, plus this way it’s a couple of months ahead of WWDC.

So what do we know about the iPhone SE2 so far? Quite a bit, actually. The usually-correct analyst Ming Chi Kuo has said he believes the phone will pack the same A13 chip as the iPhone 11, along with 3GB RAM and either 64- or 128GB of storage. And all this for a rumoured $399 – which directly converts to £230, but expect something closer to a ‘$1 = £1” conversion before you get too excited.

Even if it does sell for £399, that’s a big discount for something with similar specs to the iPhone 11, so where exactly are these savings happening? Chiefly on the chassis, apparently. The iPhone SE2 will reportedly inherit the body of the iPhone 8 – physical home button and all – making for a more compact 4.7in handset. More compact, but – sadly for fans of diddy phones – still quite a bit bigger than the original iPhone SE, which was just 4in across the diameter.

These are all rumours for now, so take them with a pinch of salt, no matter how plausible they sound. The good news is we shouldn’t have long to wait – if there really is an event incoming in just over a month’s time, then we’d expect invites to start dropping within the next three weeks. Stay tuned. 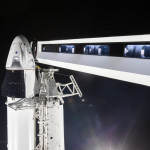 SpaceX could send private citizens to space as soon as 2021 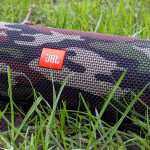 Don't miss a deal at Argos
Best offers at Adobe
Discounts, Sales and Deals at Ticketmaster UK
Save your money with House of Fraser
Online-Shopping with Vodafone UK
Best products at Bodybuilding