When the beta for Marvel’s Avengers arrives on August 7th, developer Crystal Dynamics plans to give players a varied taste of the final game. In a post over on the PlayStation Blog, the studio detailed everything players can expect to see and do across the three weekends the beta will be available.

To start, it will include a section of the game’s singleplayer campaign. You’ll be able to play the Golden Gate Bridge level. That’s the same section of the game publications like Engadget got a chance to play last year. Crystal Dynamics says it has tweaked the demo to include a boss battle against Taskmaster. The beta also includes two separate story missions where you’ll play as the Hulk and Ms. Marvel.

After completing all the included story content, you can check out a gameplay mode called HARM Challenge Rooms. You can play through these either with friends or AI-controlled allies. They’ll pit you against multiple waves of enemies in what essentially sounds like the title’s take on a horde mode. If you complete all three, you’ll earn a nameplate that will carry over to the retail game. You’ll also net some Hulk-themed items for Fortnite. Merely taking part in the beta will get you a nameplate as well.

Lastly, the beta will let you try out the game’s War Zone gameplay mode. These sound like the game’s take on Destiny 2’s strikes. Play here is more free form. Depending on the scale of the mission, you’ll have at least one main objective to complete. However, along the way, you’ll find hidden caches and other activities to complete. Crystal Dynamics says each War Zone can take as little as 10 minutes or as long as two hours to complete. The beta will feature five War Zones and five Drop Zones. According to the studio, Drop Zones are a “more foucsed” version of War Zones that almost always feature one objective. In both modes, you’ll get the chance to play as Iron Man, Hulk, Ms. Marvel and Black Widow.

Besides the two nameplates, everything else you earn during the beta will reset when the retail game comes out. That said, any progress you make between beta weekends will carry over. So those who want to try to level each of the heroes to the beta max can do so.

Besides detailing the beta, Crystal Dynamics also revealed that it plans to add Hawkeye as part of the game’s first post-launch DLC. Everyone’s least favorite Avenger will get his own set of story missions, which you’ll be able to play either by yourself or with a friend. As for the beta, at the very least it should afford anyone with a passing interest in the game to check out it before it comes out on September 4th. 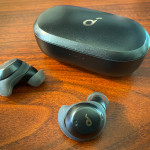 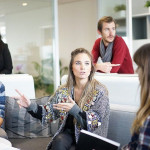 Don't miss a deal at John Lewis
Best offers at Argos
Discounts, Sales and Deals at House of Fraser
Save your money with Currys
Online-Shopping with Myprotein
Best products at O2 Mobile