After writing our original article, which you’ll find below, we’ve heard that the Moto G9 Play is going on sale in the UK, and certain other regions. It has exactly the same specs as the Moto G9 that’s being launched in India, and Motorola has confirmed to us that it’s the same device, just with a different name.

The Moto G8 and Moto G lines became a bit of a confusing mess in 2019 and 2020, with 10 phones launched with different names in different regions, making it very hard for potential buyers to keep track of the different devices or work out which was best for them.

It seems that Motorola is doing the same with the Moto G9 line, launching the same phone on the same day under multiple names. We’ll bring the Moto G9 / G9 Play into our test labs soon to see if the cheap phone is worth buying, or if you should wait for the numerous other Moto G9 phones that will follow soon.

The original story below…

Motorola is back with the Moto G9, the latest in its trademark line of mid-range Moto G phones – though for now the handset is only available in India, so the rest of us are going to have to wait a while before getting our orders in.

Details of the phone and its variants have been leaking out over recent weeks, but now everything is official. The Moto G9 comes with a Snapdragon 662 chipset, 4GB of RAM, and 64GB of internal storage (which you can expand with a microSD card).

So far so mid-range, but the huge 5,000mAh capacity battery is notably above average. The phone comes with a 6.5-inch, 1600 x 720 LCD display, one that’s only interrupted by a small teardrop notch up at the top.

For photo-taking purposes, there’s a triple-lens rear camera – with a 48MP main snapper joined by 2MP depth and 2MP macro cameras – while the selfie camera is a fairly standard 8MP unit. Don’t expect miracles, but they should do the job.

Rounding out the specs, you’ve got a fingerprint scanner on the back, a USB-C port at the bottom (which supports 20W fast charging), and a headphone jack, so you can carry on using your wired headphones. The phone comes with Android 10 on board.

While we don’t yet have confirmation of international availability and pricing, Motorola phones do usually launch in most markets across the globe eventually (though often with slightly different names). For now we’ll have to wait and see if and when the Moto G9 expands beyond India.

But if you can’t wait, it’s worth noting that the new phone is in fact not all that different from the Moto G8 that appeared earlier this year – they match up very closely in terms of internal specs, though the Moto G9 has a significantly larger battery and charging speeds that are twice as fast. 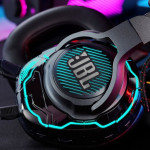 Don't miss a deal at Boohoo
Best offers at Farfetch
Discounts, Sales and Deals at The Home Depot
Save your money with Brian Tracy
Online-Shopping with Ticketmaster UK
Best products at Myprotein