Apple TV is finally coming to macOS. While it was expected that the streaming video platform would finally make the leap to Apple’s desktop operating system, the company made it official today at its annual Worldwide Developers Conference (WWDC). The app will be available with the release of macOS Catalina.

The Apple TV app for Mac features a navigation bar with different tabs for watching options. The “Watch Now” tab is front and center and will be populated with a user’s favorite shows, those in progress and recommendations based on viewing history. The app will also have a standalone tab for a user’s library of content that they have already purchased. Apple TV will support 4K HDR and Dolby Atmos on recent Macs.

Apple TV is just the latest iOS app to get ported over to macOS. Last year, Apple adapted its News, Stocks and Voice Memos apps for macOS Mojave. This year, it gave its Music and Podcasts app a similar treatment alongside Apple TV — all of which are effectively replacing a part of the new dead iTunes app. The move comes as Apple continues to promote tools to help port iOS apps to macOS. 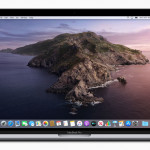 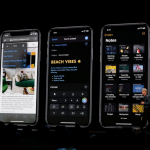 iOS 13 focuses on speed and embraces the darkness

Don't miss a deal at Vodafone UK
Best offers at Groupon
Discounts, Sales and Deals at Ticketmaster UK
Save your money with Argos
Online-Shopping with Marks and Spencer
Best products at House of Fraser