The PS Plus lineup for July includes a bonus game

In honor of the 10-year anniversary of PlayStation Plus, Sony is giving away a bonus game as part of this month’s lineup. From July 7th through to August 3rd, PS Plus subscribers can grab NBA 2K20, Rise of the Tomb Raider and Erica for free. While NBA 2K20 needs no introduction, Rise of Tomb Raider is the second entry in Square Enix’s Tomb Raider reboot. The most recent game in the series, Shadow of the Tomb Raider, came out in 2018.

If you haven’t already played it, you’ll want to pick up Erica. It’s a single-player game that combines full-motion video (FMV) with an interactive narrative in which you can decide how the main character acts. It’s part of an ongoing renaissance of FMV games that’s included projects like Her Story and The Complex.

Besides the bonus game, Sony is hosting a free online weekend starting on July 4th. If you don’t subscribe to PS Plus, you can play some of your multiplayer games online without a membership. The company is also giving away a PS Plus-inspired theme for a limited time.

Now that it’s 10-years-old, it’s hard to imagine what the modern gaming landscape would look like without the influence of PS Plus. When Sony started giving away monthly free games in 2012, Microsoft matched the service with Games with Gold in 2013. Players have since come to expect that they’ll get some free games for subscribing to a monthly gaming service, so much so that when it came time for Google to launch Stadia, even it made sure to include complimentary titles for subscribers. 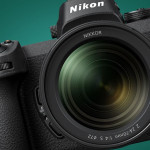 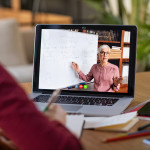 Don't miss a deal at Marks and Spencer
Best offers at H&R Block
Discounts, Sales and Deals at Vimeo
Save your money with Argos
Online-Shopping with The Home Depot
Best products at Myprotein