The Sony Xperia 1 II doesn’t have a feature that plenty of other premium phones do, in the form of 8K video shooting. While the Samsung Galaxy S20, Xiaomi Mi 10 and several Nubia handsets can shoot in this super-high-res format, the new Sony phone can’t – but the company has a great reason for it.

The president of Sony Mobile, Mitsuya Kishida, recently did an interview with AV Watch in Japan discussing its new flagship phone (while the Sony Xperia 1 II was unveiled in February, its release date remains largely a mystery). Of course, 8K video recording was one of the topics brought up.

According to Kishida, when it comes to 8K video “there is a problem of ‘where to see it'”, repeating often-touted arguments against 8K recording in phones in that relatively few people have a way to watch 4K content, let alone 8K, given the cost of required TVs or monitors.

It seems Sony uses a mantra of “shooting, sending, and seeing”, and if there’s no way to see the 8K content, there’s no real need to shoot or send it (the sending part comes from 5G, as the Xperia 1 II is a 5G phone).

There are two benefits to 8K video – it looks great, but also if you’re editing for a 4K end product, you can crop 8K down without losing resolution in the end product. However, given that most people can’t watch pure 8K content, and few people are going to be shooting professional footage with their smartphone, 8K recording ends up being a marketing point and little else.

Kishida mentioned a few other parts of the Sony Xperia 1 II too, some of which had been curious points of contention to fans of the phone.

Firstly, Kishida confirmed outright that the name Xperia 1 II (read as Mark 2), was done to make the handset clearly a successor to 2019’s Xperia 1, using the same naming system as its cameras, like how the Sony Alpha A7 III is a successor to the A7 II.

Finally, Kishida also revealed that production of the Sony Xperia 1 II wasn’t affected by coronavirus, as apparently all its factories are in Thailand, which was less affected by the pandemic than China, where many other smartphone companies are based.

It’s curious, then, that the Sony Xperia 1 II hasn’t actually been released, given that it was unveiled over two months ago at the time of writing, but it’s possible Sony realizes that few people will be too keen to buy a pricey premium smartphone when in lockdown.

Whenever the new Sony phone does become available, TechRadar will be sure to test it out and give our full thoughts on it. 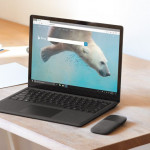 Windows 10 now has ads for Edge browser in its search box – is Microsoft going too far in pestering users? 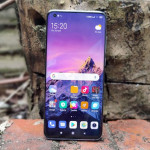 Don't miss a deal at Turbo Tax
Best offers at EBay DE
Discounts, Sales and Deals at Go Daddy
Save your money with H&R Block
Online-Shopping with Surfdome
Best products at Mobiles