The Xbox One console family is great, but if there’s one area that needs serious attention before the release of the Xbox Series X, that’s its UI. Thankfully, Microsoft is putting its interface under the microscope, starting with a re-designed Xbox store ahead of the new console’s roll out.

Microsoft says it’s rebuilt the store from scratch in order to make it “faster, safer and easier to use than ever before.”

Working at more than double the speed of its predecessor (Microsoft says the store loads in less than two seconds), it’s rolling out to all Xbox users, current and next-gen, from Wednesday for beta testers with the roll-out set to be completed by “the fall”. Here’s what’s changed.

Backwards compatibility titles will be highlighted more clearly too – with a particular focus on titles that will be optimised for Xbox Series X, making sure that messaging is as clear as possible.

Annoying autoplaying videos are now an optional part of the store and can be toggled on and off, with trailers displayed in-line if you choose to have them active.

Safety tools and age restrictions are also being ramped up. You’ll have to be signed in to access the store going forward, which will allow for content filters to be set for the younglings. Individual games, shows and movies can have their restrictions lifted too.

It’s all looking like a step in the right direction for a console family that has struggled with a UI that can still feel alien all these years after its first release. 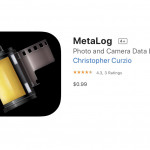 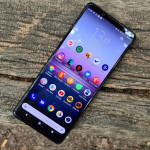 Don't miss a deal at Ancestry
Best offers at Vimeo
Discounts, Sales and Deals at Newegg
Save your money with Marks and Spencer
Online-Shopping with Surfdome
Best products at Vodafone UK