There’s a chance that Resident Evil Village could come to PS4 and Xbox One as well as PS5 and Xbox Series X.

During a Tokyo Game Show presentation, the game’s producer Tsuyoshi Kanda said that “while Resident Evil Village is being developed specifically for next-generation consoles and PC” the team is “looking into delivering the experience on PlayStation 4 and Xbox One as well.”

Kanda emphasised that Capcom “can’t make any promises” but added “we will do our best.” It was stated that more information on this and other aspects of Resident Evil Village will be coming sometime in the future.

With its somewhat vague release window of 2021, it’s possible that Resident Evil Village could come to next-gen consoles relatively early in their lifecycle. This is perhaps one of the reasons Capcom is contemplating PS4 and Xbox One versions of the game as it’ll mean fans of the series who have not transitioned into the next-generation in the early stages won’t be left behind.

Sony Interactive Entertainment CEO, Jim Ryan, recently announced that some flagship PS5 titles “designed to take advantage of PS5 and its unique next-gen features” would also come to PS4, acknowledging that the PS4 community would transition to PS5 “at different times.”

Over the course of this video the team offer some insight into the decision making processes behind the development of Resident Evil Village, such as the use of a picture book motif through the game and choosing to continue the story of Ethan Winters past the events of Resident Evil 7.

There are also very brief glimpses of the game in action peppered through the video, showing its first person perspective and some of the environments that will be explorable. According to Director Morimasa Sato, there’s a lot of “emphasis on letting you play the game the way you would act if you were there in real life.”

You can watch the video in full below:

Resident Evil Village doesn’t have a solid release date just yet but it’s been tentatively scheduled to appear on PS5, Xbox Series X and PC in 2021. 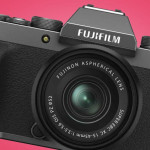 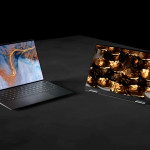 Don't miss a deal at Vodafone UK
Best offers at H&R Block
Discounts, Sales and Deals at Groupon
Save your money with Argos
Online-Shopping with Brian Tracy
Best products at Ancestry