If you play Elden Ring on PC, then you might just want to give the free Reforged mod a download, especially after its latest big update.

That’s because the latest Elden Ring Reforged update has added a full bestiary to the game. That’s right; a comprehensive list of all enemy types and bosses found throughout The Lands Between can now be accessed and researched via the Codex of the All-Knowing. Updating the mod to the latest version spawns a chest in the Roundtable Hold hub where the codex can be obtained (thanks, Wccftech).

Like many of the best Elden Ring mods, the Reforged bestiary update goes above and beyond, and actively incentivizes players to complete it. According to the Nexus Mods page for Reforged, you can craft a consumable item called the ‘Sign of the All-Knowing.’ This marks an enemy and enters them into the bestiary when defeated.

This is just the latest in a long line of updates to Elden Ring Reforged. But if this is the first time hearing about the lauded mod, you may be wondering what it is. The elevator pitch is that Reforged remixes elements of Elden Ring’s gameplay.

That includes swapping around item placements, the ability to resurrect defeated bosses, the addition of Fortune items that can permanently buff your character in certain aspects, and even difficulty adjustment options to name just a few of the enhancements Reforged brings.

The mod brings plenty of fantastic quality-of-life updates, but I’m a big fan in particular of its remixed elements. It’s not dissimilar to the ‘Second Quest’ systems featured in many Zelda games, which typically alters the placement of enemies and items as well as shifting dungeon layouts.

New life in The Lands Between

Elden Ring is a brilliant game, but one that’s hard to go back to for repeat playthroughs. That’s largely down to the sheer scale of the game, and retracing your steps through a massive open world isn’t the most palatable proposition. The comparatively linear nature of earlier FromSoftware games like Dark Souls 3 and Bloodborne makes New Game Plus runs much easier to stomach.

That’s why mods like Elden Ring Reforged are very welcome. Transformative mods like it are able to breathe new life into experiences you’ve played time and again. In the very best cases, it can almost feel like you’re playing an entirely new game.

I certainly found this to be the case when I recently utilized an item randomizer mod for Dark Souls Remastered. I’ve played through Dark Souls enough times that I can map out most item locations from memory. But, with a randomizer, I genuinely have no clue what I’ll find in Lordran’s many nooks and crannies. It puts an emphasis back on exploration, as opposed to just bee-lining through the game for all the best pickups.

I certainly loved my time completing Elden Ring, but I know that if I’m going to replay such a massive game from scratch, it’ll be with a top-notch mod like Reforged. 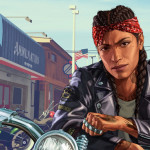 Don't miss a deal at Ticketmaster UK
Best offers at Boohoo
Discounts, Sales and Deals at Farfetch
Save your money with Argos
Online-Shopping with John Lewis
Best products at O2 Mobile