This new OnePlus phone has a back that literally changes color

In January OnePlus unveiled the OnePlus Concept One, a futuristic-looking phone designed to show off brand-new tech from the company, which had a camera bump that disappeared into the phone thanks to electrochromic (EC) glass that changed color.

Now, OnePlus has shown off its second concept phone called the OnePlus 8T Concept. As that name implies, this is based on the OnePlus 8T, and it uses the same EC tech as the Concept One but on a much bigger scale.

On the OnePlus 8T Concept, the majority of the back of the phone uses OnePlus’ Electronic Color, Material and Finish (ECMF) tech which causes the back to shift color. It can flicker between gray and blue at the behest of mmWave electromagnetic waves coming from the device.

It’s a neat trick, and one that’s sure to make the phone stand out from the crowd.

The OnePlus 8T Concept isn’t available to buy, and probably won’t be at any point. Like the OnePlus Concept One, it’s a test model designed to show off the functions of the ECMF the company is developing.

But the leap from a concept phone, to a ‘standard’ phone using concept tech, is a big one, showing OnePlus is getting closer to using such material on a finished phone in the near future. Maybe it won’t come on the OnePlus 9, but it could be soon.

OnePlus highlights a few functions this color-changing gimmick could fulfill. The back could flicker or change color depending on a notification, to work as a gentle nudge you’ve got a call coming without having a garish alarm goes off.

Alternatively, the tech apparently could register your breathing, and change color in rhythm with you.

We’ll have to see what more OnePlus does with the tech, and maybe we’ll be able to buy a phone with ECMF in the next few years. 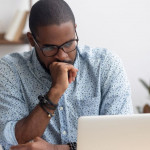 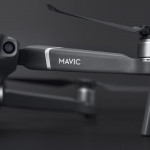 DJI confirms you'll still be able to buy its drones in the US, despite Huawei-style ban

Don't miss a deal at Udemy
Best offers at Adobe
Discounts, Sales and Deals at Currys
Save your money with Vodafone UK
Online-Shopping with Groupon
Best products at Turbo Tax