The Minisforum S41 PC is not your standard computer; it is one of the very few HDMI stick PCs that have recently appeared on the market and while we don’t necessarily embrace that form factor enthusiastically for a number of reasons, we do acknowledge that it has its uses especially in the B2B market where it can be used with digital signage, large format displays etc.

At 133 x 46mm for a weight of 115g, it is a far more compact way to transport a PC around; it is powered by an active fan which Minisforum claims is relatively quiet (only 30dB). It is powered by a 15W power supply unit that plugs via a Type-C port; you should be able to power it using a standard Type-C adaptor (like that of a recent smartphone) or even an emergency battery charger.

The S41 is the first product that we have come across that uses the 14nm Intel Celeron N4120 processor; it is a quad-core, 4-thread model with 4MB cache and a base frequency of 1.1GHz. Its TDP of 6W propels it amongst the ranks of the best balanced entry-level Intel processors out there.

The rest of the specification includes a MiniDP output (which means that it can drive two 4K monitors), a microSD connector, two USB 3.0 ports, a Kensington lock, 4GB LPDDR4 system memory, 64GB eMMC storage, Windows 10, 802.11ac Wi-Fi and Bluetooth 5.0. The vendor provided a miniDP-to-DP cable as well as a HDMI cable converter. 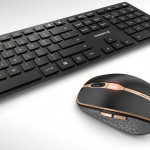 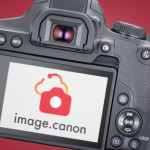 Canon's image.canon service is back after losing some users' photos and videos

Don't miss a deal at TalkTalk Phone and Broadband
Best offers at Brian Tracy
Discounts, Sales and Deals at Boohoo
Save your money with EBay DE
Online-Shopping with Bodybuilding
Best products at Vodafone UK