Microsoft has released an easy way to check if your PC is ready for DirectStorage in the latest Windows 11 update, in the form of a preview of the Microsoft Game Bar.

As reported by PC Gamer, users can head into the Gaming Features tab within the settings menu after updating the Xbox Game Bar. The updated version of this tool now displays if your system is ready for DirectX 12 Ultimate as well as which parts of your gaming PC or laptop will need to be upgraded to be ready for the next-gen DirectStorage feature.

It’s worth mentioning that Windows 10 will also inform you if your system is ready for DirectX 12 Ultimate, but it will mention that your operating system requires an upgrade, despite Microsoft previously confirming the two were compatible.

DirectStorage, for those unaware, is a useful piece of technology that speeds up SSD loading times and has already been implemented into hardware such as the Microsoft Xbox series X and Series S.

In essence, DirectStorage allows developers to better utilize the speed of the latest storage devices (specifically NVMe SSDs) to squeeze as much performance out of the potential bandwidth available. Not only will this result in faster load times, but you should also see open-world games run more smoothly.

How to update your Xbox Game Bar

Unfortunately, this hasn’t yet been rolled out to the public so you’ll need to download the Xbox Insider Hub if you want early access to the feature. It’s a bit of a pain to set up, but if you’re especially keen you can follow the instructions provided below.

Analysis: What does this actually mean for gamers?

Okay, SSD technology and advancements hardly sound as exciting as, say, more powerful graphics, but this really is an essential development within the gaming space.

Cooper Partin, a senior software engineer at Microsoft, explains that “DirectStorage is designed for modern gaming systems. It handles smaller reads more efficiently, and you can batch multiple requests together. When fully integrated with your title, DirectStorage, with an NVMe SSD on Windows 11, reduces the CPU overhead in a game by 20-40%.”

That’s a huge improvement, even if we’re only considering the 20% reduction. This will result in smoother gameplay while streaming, as well as shorter loading menus and as game files get larger and models more detailed, we’re going to need to keep on top of any system bottlenecks like those being addressed by DirectStorage.

Support for DirectStorage was made available for PC games several months ago, but this tool will help you to better understand what limitations might be preventing your system from getting access to the tech, much in the way that Microsoft also created a tool to help people make their Windows 10 systems ready to upgrade to Windows 11.

As a general heads up, you’re going to need an NVMe SSD with at least 1TB of storage that’s able to support and use the Standard NVM Express Controller driver, as well as a graphics card with DirectX 12 Ultimate and Shader Model 6.0 support. If you have anything from the Nvidia GeForce RTX 2000 series or AMD RDNA2 then you’re golden, but otherwise, you’re going to need to upgrade a few components to use this tech.

Luckily, both Nvidia Ampere and AMD RDNA3 GPUs are just on the horizon, which when paired with this DirectStorage rollout could make this an ideal time to consider a few upgrades. 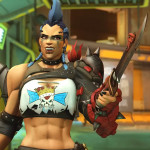 Don't miss a deal at Adobe
Best offers at Newegg
Discounts, Sales and Deals at Groupon
Save your money with Mobiles
Online-Shopping with Vodafone UK
Best products at H&R Block