The data privacy battle between Uber’s Jump scooter service and the Los Angeles Department of Transportation has been brewing over the last 18 months. After refusing to share real-time location data on its scooter riders, Uber was ordered by the LADOT to remove its scooters from the city. According to CNET, Uber is now suing the LADOT for allegedly violating the Fourth Amendment by seeking the company’s business data without a warrant.

LA’s Department of Transportation already uses real-time data from several rivals of Uber’s scooter service, such as Lyft, Lime and Spin. The city mandated compliance with its “Mobility Data Specification” plan, which is similar to programs in other cities like Seattle and Austin. The organization says that it needs such data for city planning purposes and to ensure that the company isn’t allowing riders to leave their scooters all over the city. Uber offered to share one-day-old data with the LADOT, but the department rejected the compromise and ordered the company to remove its scooters from the city by March 15th.

Uber shares data regarding its scooters and riders with other cities, but none of this data is real-time. Location data — which can reveal personal details about a user — can be a touchy subject, and real-time location tracking can be even more unsettling. In fact, California’s government passed the Electronic Communications Privacy Act last year — which is meant to curb the abuse of user data — making the Department of Transportation’s request seem contradictory. That said, scooters being left abandoned all over sidewalks has quickly become an issue in several cities. A compromise would be ideal, but it seems like the LADOT has a firm stance on how it wants these scooter rental companies to operate and how they share their data. 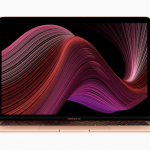 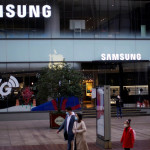 Don't miss a deal at Carphone Warehouse
Best offers at Sky
Discounts, Sales and Deals at House of Fraser
Save your money with Nike DE
Online-Shopping with Argos
Best products at Go Daddy